Most local, culturally important species are threatened by traditional use practices, but they are more likely to be protected if they are involved in local tourism.
ABSTRACT ONLY Only an abstract of this article is available.
PEER REVIEWED This article has been peer reviewed.
Summary By: karol orzechowski | This is a summary of an external study | Published: September 29, 2015
Photo by Flickr user jimpic 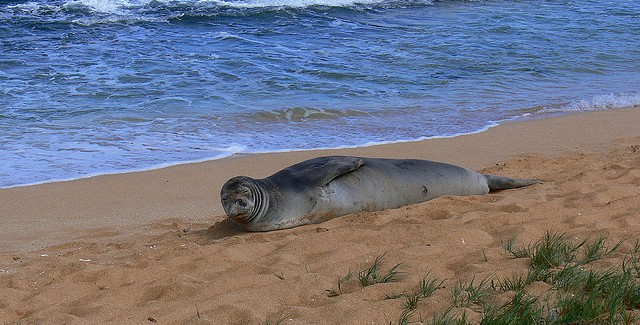 Conservation initiatives can range in scale from global to local. At the local level, these programs may influence individual livelihoods by changing the relationship that people have with natural resources. Similarly, tourism, implemented alongside conservation initiatives or for purposes of economic development, also has the potential to impact livelihoods that depend on the traditional use of wildlife species. While past research has looked at these interconnections in relation to specific animals or regions, this study represents the first global assessment of how tourism and traditional resource use interact to help or hinder different species.

A variety of animal and plant species are considered important due to local cultural and traditional beliefs and values. These perceptions manifest themselves in ways that can both help and harm conservation goals. For example, local taboos may restrict hunting to certain times or places. On the other hand, traditional medicines, such as traditional Chinese medicine, might require substances harvested from animals. This harvesting can threaten or endanger species, as well as result in significant animal suffering.

Using the IUCN Red List and a thorough literature review, the authors identified nearly 550 local, culturally important species, which they defined as those “that in some way influence human survival or have spiritual importance at the local scale.” They found that more than 70% of these species (including 358 animal species) were in some way threatened by traditional use practices. Most of these threatened species were mammals and reptiles that were used for consumption as bushmeat or for medicinal use. A minority of these species (129 animal species, including giant pandas and kiwi), were afforded appropriate protection as a result of traditional use practices. A small handful of species were considered both threatened and protected by traditional use practices, with differences in outcomes related to geographic regions.

There are many different impacts from tourism, such as infrastructure development and the direct harvesting of wildlife. These tourism activities are typically focused on iconic, charismatic, and endangered species. The authors found that nearly a third of the local, culturally important species were also involved in nature-based tourism activities. Mammals and reptiles were the species most often subjected to tourism activities. However, only 20 of the nearly 550 species were considered to be threatened as a result of tourism, and most of these species were also already threatened by traditional use practices. Some of these species include hawksbill turtles, yellow-shouldered parrots, and Mediterranean monk seals.

Traditional use practices and tourism have the potential for conflict. This can happen “when (a) both practices share the same resources, (b) tourism development restricts access to traditional cultural sites and/or species, (c) values of tourists and local communities about species differ, and/or (d) when traditional practices are incompatible or prejudicial to the development of tourism.” However, these practices also have the potential to benefit each other, and can, in turn, yield conservation benefits, although this situation may be rarely observed. The authors suggest that for conservation initiatives to be adequately incorporated into tourism practices, there needs to be a focus on less iconic but still locally and ecologically important species. Many of these species are already important for local use and within the tourism industry, and thus may be ripe for inclusion in conservation efforts.

The data generated by this research may be useful for those interested in examining the intersection of conservation, traditional resource use, and tourism. The species typologies and regional analyses presented by the authors may provide a basis for future research, perhaps considering political or economic variables with regard to conservation success or failure. Additionally, this data may help identify successful case studies that could provide insight for others hoping to implement conservation measures in areas of traditional resource use and nature-based tourism. 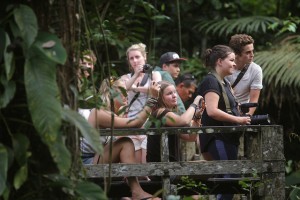