Wildlife tourism is growing, but more effort is needed to standardize research methods and understand the impacts on multiple animal species.
ABSTRACT ONLY Only an abstract of this article is available.
PEER REVIEWED This article has been peer reviewed.
Summary By: Faunalytics | This is a summary of an external study | Published: October 3, 2016
Photo by Flickr user rajputro 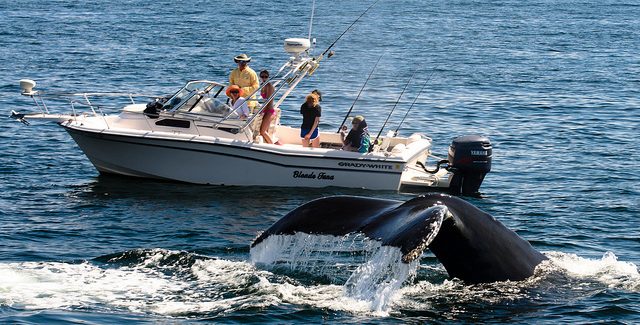 Wildlife tourism and ecotourism have grown substantially in the last several decades. Much wildlife tourism is “non-consumptive,” meaning it involves observing animals in their natural habitat as opposed to hunting or fishing. Some wildlife tours may bring people into close proximity to animals, but the best tours take care to be as undisruptive as possible. Land-based wildlife tourism is fairly well-established, but observation of marine species is more difficult. Not only are the animals underwater, but they often avoid human contact. Some people who run eco-tours have tried to “maximize interaction” with some species by “provisioning,” or allowing people to feed these animals.

While provisioning could have detrimental effects, there are some who believe it may actually help animals. Increasing human-animal interactions on wildlife tours could enhance public awareness of the species and increase revenue for protected areas. However, there is very little information available about the effects of provisioning on wildlife, with most studies being short-term and focused on only a handful of species. The authors of this study explored the impacts of “non-consumptive” tourism (i.e., does not involve taking an animal’s life) on wildlife by conducting an extensive literature review and comparing statistics from various sources.

Non-consumptive marine tourism has exploded in recent years. The authors note that direct global expenditure on whale watching increased from $1 billion in 1998 to $2.1 billion in 2008. This growth in whale watching was “paralleled by the growth in other marine megafauna viewing with sharks and rays particularly popular.” But what is the actual impact of feeding these animals, or of human activity in general? In one example, successful sightings of dolphins by human divers declined from 48% to 34% in just four years. The dolphins, perhaps stressed by these close encounters, may have avoided the swimmers, thereby causing this decline in sightings. Boat noise can also be an issue, and there is a lack of data on physical collisions between target animals and vessels.

Overall, what this review clearly shows is that more research is needed. The biggest problem is that the existing data “lacks continuity” in terms of the methods used and species studied. A separate but related issue is that most research focuses on tourism’s impact on “target” species and not “on the associated assemblage that the focal species occupies.” The popularity of marine wildlife tourism appears to be growing, so filling in these gaps is imperative. Wildlife tourism represents one way that people can appreciate and support nature, but doing so with as little impact as possible must be the goal. 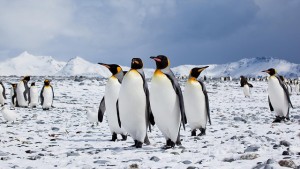