When it comes to mitigating the negative effects of the wildlife trade, bans on trade should match up with the results policy-makers seek.
FULL TEXT The full text of this article is available.
PEER REVIEWED This article has been peer reviewed.
Summary By: Faunalytics | This is a summary of an external study | Published: December 14, 2015
Photo by Flickr user v1ctory_1s_m1ne 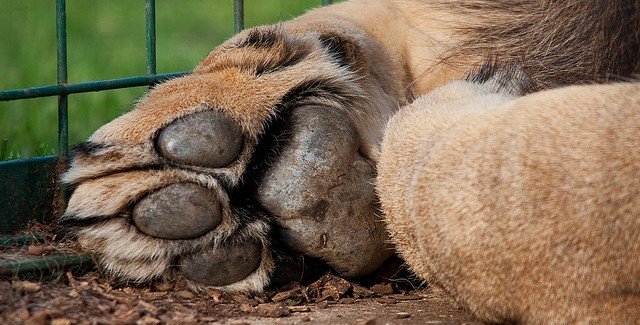 When it comes to conservation of endangered species, the Convention on the International Trade in Endangered Species (CITES) is one of the most important tools the international community has to try to regulate and police wildlife trafficking. However, one of the main threats to wildlife — habitat loss — is not covered under CITES, which looks strictly at commercial trade in wildlife (and their body parts). This makes evaluating whether or not species are being protected by CITES a difficult task. Some species are very much endangered by poaching and trade, and CITES is designed to protect them. But for other species that are endangered primarily due to habitat loss, CITES does very little.

This study looks at the original goals and mandate of CITES, including control over the international wildlife trade, noting the “increasing use of CITES as a primary conservation or political measure.” The idea is that, as CITES starts to veer away from its original goals, it becomes less effective. Using polar bears as a case study, the authors of this report examined the “use of CITES for non-trade threats and the relative effectiveness of trade bans in biodiversity conservation.” In particular, they sought to question the efficacy of trade bans as a default position, which they say is an opinion mostly held in “developed countries,” but applied elsewhere.

The authors attempt to refute the efficacy of CITES point by point, noting that it “has not been overtly successful in ‘saving species’, often only tracking over-exploitation or extinction but not in tackling issues causing declines.” They note that species usually continue to decline after being listed on CITES and that enforcement of the treaty is plagued by problems. Furthermore, they say that CITES doesn’t consider that trade regulations may not always be the best approach to mitigate threats faced by certain species. Among other factors, these trade regulations “may not always be the best approach because they do not address domestic trade, which occurs at higher levels than international trade.”

In the case of polar bears, the researchers note that conservation efforts have been successful at “implementing a co-management framework, coupling ecological and socioeconomic goals, and decentralizing authority,” which is not to say that current management is perfect. They note that the relative success of current polar bear policies are partly due to “the socioecological Arctic environment” and that, even though polar bears in Canada aren’t generally illegally traded, that could change if aboriginal stakeholders become disenfranchised. They note that the legalized trade of polar bear products “did not give added commercial value to the species because there is no poaching and polar bear take is highly regulated and monitored by the Canadian Government, the Government of Nunavut, and local communities.” In fact, the regulated sport hunt is shown to potentially encourage a lower hunting quota. The researchers note that for each polar bear sport hunt the local Inuit community  “can yield $10,000-30,000 CAN plus gratuities and resulting meat to the Inuit community, which is equivalent to the sale of at least five to seven polar bear hides collected through subsistence hunting.”

For advocates, the idea that some limited trade in wildlife may be beneficial to the species in general is a hard pill to swallow. The conclusions here, while perhaps applicable for polar bears being regulated by government and aboriginal stakeholders, may not apply more broadly or to other species. Still, in the words of the researchers, specific instances can “illuminate a specific problem,” in this case “the use of trade bans as blunt instruments for conserving species that are not threatened by trade, but other threats such as climate change.” If wildlife advocates want to be as effective as possible, the notion that generic bans on wildlife trade may hurt animals rather than help them is an important one to consider. This study shows that advocates and policymakers need to understand the actual factors that are threatening a species, and implement policies that address the root causes of wildlife loss.