Fighting Smarter Against The Wildlife Trade

Stopping the illegal wildlife trade will take more than international regulations. Helping endangered species requires quantifiable, measurable results.
FULL TEXT The full text of this article is available.
PEER REVIEWED This article has been peer reviewed.
Summary By: Karol Orzechowski | This is a summary of an external study | Published: July 7, 2015
Photo by Flickr user asiapulppaper 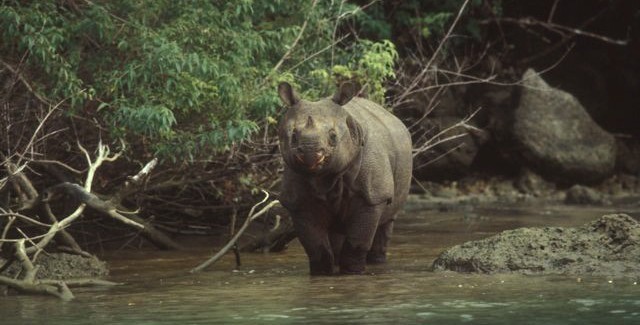 In the quest to conserve the planet’s ecosystems and wildlife, one of the main mechanisms of control is government regulation: protecting wildlife and the habitats they live in often requires the kind of resources that only governments can provide. There are, of course, many NGO conservation groups that work to save or provide sanctuary to wildlife, or monitor sensitive ecosystems, but these groups are generally limited by funds, so government regulation is a key way to patch the puzzle. In the fight against the illegal wildlife trade, a variety of international governments have tried to contribute positively through the Convention on International Trade in Endangered Species (CITES). The convention seeks to “restrict trade in c.35,000 species to sustainable levels using a combination of trade bans and controls. It is implemented by member states (currently 180), through a system of permits, national legislation and enforcement mechanisms and nominated national agencies.” The results have been mixed.

Despite almost universal support from member states, the convention has generally failed to yield positive progress, and “high volumes” of illegal trade of many CITES-listed species still occurs, worth an estimated $20 billion US annually. This elicit trade is reflected in the decline of some species, some reaching levels nearing endangerment or extinction. Curiously, “despite a large body of literature on CITES and claims it is effective, there has been little comprehensive review of its efficacy.” The research that does exist has either been too species-specific or has examined trade controls more broadly; though some CITES successes can be recognized, there are few that are measurable. According to an article published in Global Ecology and Conservation, there are five likely contributors to this shortfall: non-compliance; an over reliance on regulation; lack of knowledge and monitoring of listed species; ignorance of market forces; and influence among CITES actors. In response to this evaluation, the authors suggest that “intensive research” needs to be carried out into six key areas:

They underpin this by asserting that if we want to understand any type of trade, and especially the illegal wildlife trade, we need to understand how markets work, and the push and pull of supply and demand.

Reducing demand plays a key role in reducing consumption. To accomplish this, the study shows that “there is an urgent need, for research on the consumption and/or procurement of many highly-threatened species.” The researchers say that new studies should seek to understand consumer preferences, taking into account everything from “key attributes of species in demand (e.g., wild vs. farmed) and the social function they perform,” to “a willingness to accept to substitutes, and the social dynamics of consumption.” Uncovering this will require a multi-faceted approach that goes beyond simply raising awareness, moving instead into measurable reductions in consumption.

In addition to reducing demand, the authors of this paper also suggest that “increasing supply through regulated trade, ranching or wildlife farming should also be considered given the potential to reduce the price of wildlife, and poaching incentives.” However, they caution that “this also necessitates research into the conditions under which these measures are likely to be effective, as well as potential adverse impacts.” Of course, any kind of wildlife farming or ranching for human use has a great adverse impact on the individual animals involved.

The main takeaway for advocates in this study is that the illegal wildlife trade is a complex issue and that much work needs to be done to meaningfully – and measurably – address it. The current CITES framework is the only truly global framework available, and it is riddled with problems. Meanwhile, advocacy groups continue to do important work in auditing and evaluating various forms of illegal wildlife trade, within their limited budgets.