Global Patterns Of The Wildlife Trade

Because the wildlife trade focuses on species with particular traits, we can predict the species that are at the highest risk of being targeted in the future.
FULL TEXT The full text of this article is available.
PEER REVIEWED This article has been peer reviewed.
EXTERNAL STUDY This is a summary of an external study.
Summary By: Alex Higson | Original Study By: Scheffers, B.R., Oliveira, B.F., Lamb, I., & Edwards, D.P. (2019) | Published: December 20, 2019
Photo by Harshil Gudka on Unsplash

The multibillion-dollar wildlife trade is rapidly expanding to meet global demand for wild animals as companion animals, or for their body parts as medicines and luxury foods. It’s one of the world’s largest illegitimate businesses, and it’s having a catastrophic impact on biodiversity. As a result of being traded, some subspecies—for example, the Javan rhino and the Bali myna bird—are already critically endangered or extinct.

By compiling a list of traded species using the IUCN Red List of Threatened Species and the CITES Trade Database, the authors of this study discovered that among the planet’s 31,745 vertebrate species, 5,579 (18%) have been reported as traded, including 27% of mammal species, 23% of bird species, 9% of amphibian species, and 12% of reptile species. These are staggering proportions, and the researchers set out to identify global exploitation hotspots and determine whether particular evolutionary branches of animals are especially affected.

They found that the wildlife trade is most dominant in tropical regions with the greatest species diversity—and that the hotspots vary among mammals, birds, amphibians, and reptiles. Some species are captured for the trade only in certain parts of their distribution range, depending on national borders, protected areas, and proximity to human settlements.

Amphibians and reptiles are most commonly traded as companions, while birds are traded as both pets and products (including for meat, clothing, medicine, or religious purposes). Mammals are predominantly traded as products.

The exotic companion trade thrives throughout the tropics, whereas species traded as products are targeted particularly in tropical Africa and Southeast Asia. The authors found important geographical differences in these trade types for all vertebrate groups—for example, most amphibians collected from the Amazon are sold as companions, while those captured in Africa and Southeast Asia are traded as products.

Some clades (groups of species) are targeted more than others, and large-bodied species are more traded than small-bodied ones. Traded bird species tend to be more evolutionarily distinctive (i.e., there are few other species that are close relatives to them) than nontraded ones, but this was not the case for mammals, reptiles, or amphibians.

When targeted species become rare or extinct, the wildlife trade commonly switches to biologically similar species. As numbers of Asian pangolins decline, for example, African pangolins are increasingly being traded. By showing that the trade targets species in certain clades and with specific traits, the authors predicted species that aren’t yet traded but are at high risk of being targeted in the future, finding that up to 3,196 additional species could be affected.

Often, species are flagged for conservation only once they’re already in decline—and the descent from safe to endangered can be rapid—so the authors highlight the need to combat the trade with proactive policies. Since many tropical regions are trade hotspots for numerous species, action at the local community level and against key countries that import and export wildlife will likely be key to combating illegal activity, along with stricter penalties. They also suggest that advanced machine-learning computer systems could be used by eBay and other trade platforms to stem this activity.

Finally, they recommend that the species with the highest probabilities of being targeted in the future be monitored for conservation purposes. Given that they found significant discrepancies between the IUCN Red List and the CITES database, they note that conservation groups must communicate better in order to combine their forces to protect the animals in greatest need.

Author: Alex Higson
Alex Higson is an animal advocate based in London. She works and volunteers in the animal-protection movement and is interested in applying the principles of effective altruism in her efforts to help animals.

What Do We Do About Parrots In The Wild?

At least 25 species of parrots now make their homes in the U.S. This study brings some of the unintended consequences of the exotic pet trade home to roost. 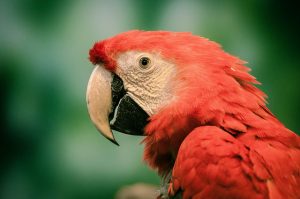 The Role Of NGOs In Fighting The Exotic Pet Trade

This case study from Peru looks at the exotic pet trade and ways that NGOs could work with governments to help combat the industry.