The Evolution And Future Of Faunalytics

A blog from Faunalytics' Founder Che Green looks at the journey our small organization has taken over the past 20 years, and the exciting places we're headed in the future.
EXCLUSIVE Exclusive article or blog for Faunalytics.
Author: Che Green | Published: November 13, 2019
Photo by Alex Wigan on Unsplash

As Faunalytics approaches our 20-year anniversary next March, I wanted to take a moment and reflect on the organization’s past, present, and future. The animal protection movement is very different than it was two decades ago — and so is Faunalytics. We have always sought to answer the most critical questions facing animal advocates, but over the years we have grown as a team and refined our methods.

More change is coming! Faunalytics has identified new research priorities to help build the animal protection movement’s effectiveness and reduce suffering of the most vulnerable species. We are also welcoming new leadership to the Faunalytics team! After nearly 20 years, I will be transitioning day-to-day management of the organization to a new executive director and Faunalytics will be starting an exciting new chapter.

But first, a little about how we got here.

Twenty years ago, a few of us were hanging out in the basement of my apartment, which was also the office of our local grassroots animal rights group. Our work involved a lot of outreach and we handed out leaflets by the thousands. But we always wondered how persuasive those leaflets really were. We decided on the spot to make the best possible leaflet and share it with other groups for them to use as their own.

It was a pretty cool idea. At the time, animal advocacy in the U.S. was spearheaded by a loose network of grassroots organizations located throughout the country. Rather than all of these small and resource-strapped groups duplicating efforts and designing their own materials, we would serve as a central resource for the most persuasive leaflets, videos, and advertisements for animal advocacy. We thought it was brilliant.

It took us a few months to realize that persuasion is actually pretty complicated! Research wasn’t on the movement’s radar, so advocates had little to no insight into how to change attitudes and behavior. We also had no idea how to measure our impact, instead relying on metrics like the number of leaflets or free vegan sandwiches we gave away. Our cool idea relied on information that didn’t exist, and so we pivoted.

We launched Faunalytics in 2000 to provide the kind of insight we knew animal advocates were lacking. Our mission for 20 years has been to empower animal advocates with access to research, analysis, strategies, and messages that maximize their effectiveness to reduce animal suffering. Originally called the Humane Research Council, we changed our name to Faunalytics in 2015 to better reflect the work that we do.

Today, data-driven animal advocacy is more common than ever, and Faunalytics is proud to have played a part in that evolution. The animal protection movement’s growing commitment to research and focus on effectiveness is starting to yield some pretty great results.

More than a decade ago, I wrote about how “the seed never sees the flower.” I struck an optimistic tone, but the article was based on the premise that animal liberation is a painfully slow process that will take generations — not years — to achieve. Animal advocates need to persevere, I argued, even though we may never witness the changes we seek.

I might have gotten it wrong. Eleven years after writing that article, I’m excited by the progress of the animal protection movement. We have become a strategic, data-driven force for positive change in many parts of the world. Of course, countless animals still suffer and die at human hands and things are likely to get worse before they get better because of climate change and increasing meat consumption in many countries. But there’s reason for optimism and to expect that the pace of change will only increase.

During the course of Faunalytics’ 20-year history, I’ve seen effectiveness become a central focus for many people in the animal protection movement. I’ve watched plant-based dairy and meat alternatives capture real market share. I’ve looked on as euthanasia rates dropped for shelter dogs (and cats in some areas). I’ve seen new and innovative approaches to reducing suffering for wildlife and animals used in science.

Change is happening, though I know the work is far from done. Faunalytics is very proud to have played a part in increasing the movement’s effectiveness, and we’re in it for the long haul. With your generous support for the next 20 years and beyond, we will help advocates accomplish wonderful things for animals.

Back to the Future

Speaking of change… after almost 20 years of leading the organization, I will be stepping down as the Faunalytics Executive Director in about six weeks. This is part of a five-year succession plan designed to ensure a smooth and sustainable transition for our independent studies, research library, and other programs. I’m really excited about this next phase and will remain closely involved with the organization as a board member.

Our current Operations Manager, Brooke Haggerty, will become the Acting Faunalytics Executive Director as of January 1st. Brooke is the former Executive Director of the FACE Foundation, a nonprofit that provides financial grants for animal guardians who are unable to afford the cost of their animal’s emergency or critical care. She was also involved in helping pass California’s Proposition 12 against the confinement of farmed animals, overseeing the Animal Protection and Rescue League’s grassroots efforts to help pass the measure. Over the past year, Brooke has skillfully led Faunalytics’ internal operations while also being active in research prioritization and strategic planning.

Brooke already works closely with Karol Orzechowski (Content Director), Jo Anderson (Research Director), and Tom Beggs (Research Scientist). I know this small but mighty group of talented people will take Faunalytics to an even higher level in pursuit of the organization’s mission. We have some big plans for 2020 (and beyond) and we look forward to partnering with you to encourage more effective animal advocacy.

Now More Than Ever

Change is necessary, good, and healthy, even if it may seem scary at first. Our team of staff and board members is excited about moving forward with Brooke as leader, launching a new research agenda, and pursuing a deeper understanding of our impact. As always, we count on your support to make this all happen.

It’s also important to note what isn’t going to be changing. The Faunalytics mission to inform and empower advocates to be as effective as possible remains the same as always. Our commitments to transparency and high-quality research are unwavering. Faunalytics has been recommended as a “standout charity” by Animal Charity Evaluators since our first evaluation in 2015. We have also been a GuideStar Platinum-level nonprofit since 2017.

Most importantly, our entire team’s steadfast dedication to animals will keep driving us to find and share the best ways to help them.

But we need your help. Faunalytics helps animal advocates understand what works and what doesn’t, generating the knowledge that they need to be as effective as possible. Nothing could be more important for creating a powerful and effective animal protection movement. I hope that you’ll keep supporting Faunalytics and ensure that our essential work continues.

Thank you for your kindness over these many years. 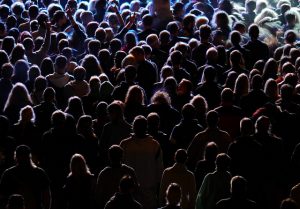 A new Faunalytics blog looks at designing questionnaires to get accurate and useful results - and how to avoid the many potential pitfalls along the way.

When trying to bring consumers onto the side of animals, decision fatigue is an important consideration that needs to be addressed in our pamphlets and messaging.

Faunalytics' Brooke Haggerty looks at how 20 years of research and data has armed advocates with the information they need to make change for animals.