Meat Morals: How Much Do Ethics Matter In Food Choices?

This study poses the deceptively simple question: are our morals the cause of our dietary choices, or vice versa, and how much does it matter?
ABSTRACT ONLY Only an abstract of this article is available.
PEER REVIEWED This article has been peer reviewed.
Summary By: karol orzechowski | This is a summary of an external study | Published: April 6, 2015
Image by Flickr user dannychoo, under Creative Commons License 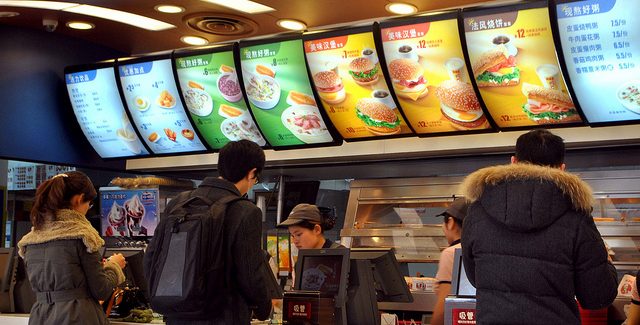 The intersection of meat, morality, and diet is a place where a lot of animal advocates spend their time. This study of Flemish meat-eaters, flexitarians, and vegetarians looks at how the level of meat that someone eats can be correlated to their morality. It poses the question of whether or not our morality is the cause of our dietary choices, or vice versa. In particular, the study looks at how different dietary choices may be indicative of how much an individual cares about human-centered issues in addition to matters relating to animals.

Do we eat less meat because of our morality? Or does eating less meat make us more virtuous? These are seemingly simple questions that, when considered, don’t have easy answers. For years, anthropologists have examined certain aspects of meat eating culture. As the authors of this study note, “various theories explaining the sharing of meat suggest that meat sharing occurs beyond the family, to members of a social network based on reciprocal actions. […] The sharing of meat resulted in the evolution of a moral system that nowadays sustains human fairness in general.” Of course, this statement could be debated and disputed, but it is a belief held by many academics. By contrast, now, researchers say that “in today’s modern society those who ban meat from their diet are seen as more virtuous compared to omnivores.” This study looks at how meat-eaters, vegetarians, and flexitarians (those who are generally veg but sometimes eat meat) differ in their moral outlooks.

Researchers looked at a sample of nearly 300 people from Belgium, who were surveyed on various aspects of their diet, as well as different moral questions related to a host of issues. In general, researchers found that, “there is an association between general attitudes towards animal welfare and diet choice options for vegetarians (never eating meat), flexitarians (consciously reducing meat intake, but still eating meat) or full-time meat eaters (no conscious reduction of meat in the diet).” More specifically, animal concerns (measured by the Animal Attitude Scale) can predict the difference between opting for a flexitarian diet versus a vegetarian diet or full-time meat diet. One aspect of the study showed that the higher the concern for animal welfare, the less meat would be eaten by that person. This is a rather elementary conclusion. However, the study goes further and finds that “domains of human morality also appear to be associated with diet choice.” The survey questioned respondents on numerous human-focused issues and found that “every increase in one’s belief that human suffering must be avoided corresponds to a significant and large increase in the chance of being vegetarian compared to flexitarian.”

What all of this means practically, according to the authors, is that we should consider flexitarians as a separate and somewhat distinct category of consumers. “Flexitarians are as different from full-time meat eaters as they are different from vegetarians, both in their moral attitudes and behaviors,” they say. Though this study was published in the journal “Meat Science” and the conclusions are geared towards the meat industry, animal advocates should also take note. The authors end by saying that “acknowledging these differences [between flexitarians and others] and targeting as a unique and growing group of consumers is a challenge for the meat industry and for marketers in the following years.” What this means for animal advocates is that, if we wish to reach flexitarians with our messaging to convert them to fully fledged vegetarians or vegans, we need to work on unique angles that aren’t those used to target meat eaters, or people who are already veg.

In this survey from 2013, initial strong feelings of disgust and perception of cultured meat as “unnatural” were followed by acknowledgement of the benefits to society that cultured meat can bring.