Laws Are Not Enough To Protect Endangered Sea Turtles

In Madagascar, the laws in place are not enough to protect sensitive marine wildlife. Animals are still being illegally killed due to inadequate enforcement.
ABSTRACT ONLY Only an abstract of this article is available.
PEER REVIEWED This article has been peer reviewed.
Summary By: karol orzechowski | This is a summary of an external study | Published: August 23, 2015
Photo by Flickr user photommo 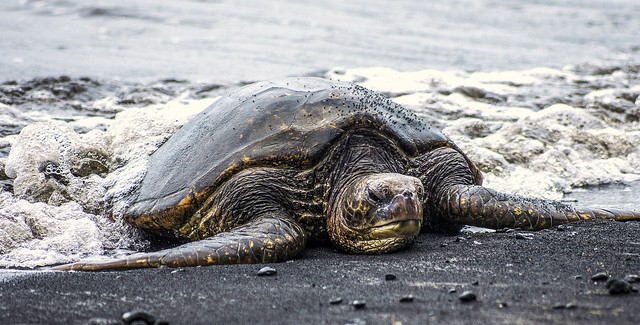 When we think of the over-fishing of marine life, it’s important to remember that it’s not just finfish or invertebrate species that are exploited by humans. The population of large marine mammals (also called “aquatic megafauna”) are estimated to have declined “by 89% from their historical baseline,” with many of the fastest declines related to fishing activities. Due to the enactment of protective laws, cetaceans and sea turtles are not hunted as much they used to be, but they are still killed today, and the population of some species continue to decline.

This study looks at marine turtles in Madagascar. These creatures are supposed to be protected by a number of international agreements, including the Convention on International Trade in Endangered Species of Wild Flora and Fauna (CITES); Convention of Migratory Species (CMS); and the Inter-American Convention for the Protection and Conservation Sea Turtles (IAC). Turtles receive “significant” protection on paper, but they are illegally killed in many countries. This is usually because legislation is “not appropriate or implemented properly.” The researchers of this study state that this is because there is often cultural conflict and “incompatibility” with local fishing customs and traditions. Despite the fact that marine turtles are meant to be heavily protected, they are virtually unprotected in reality.

For advocates, this paper highlights the need for more effective conservation efforts to protect animals. Saving species is a matter of national and international interest, and, though this paper frames turtles and other species as “resources,” the overall thrust of the study is that a strong legislative framework for protecting species does not work without the appropriate means of enforcement.