This article reviews the literature published from 1985 to 2013 regarding the ingestion of marine debris by sea turtles.
FULL TEXT The full text of this article is available.
ANIMAL RESEARCH This article involves research on captive animals, which Faunalytics opposes.
Summary By: Faunalytics | This is a summary of an external study | Published: September 20, 2013
Image by Flickr user Cesar Harada 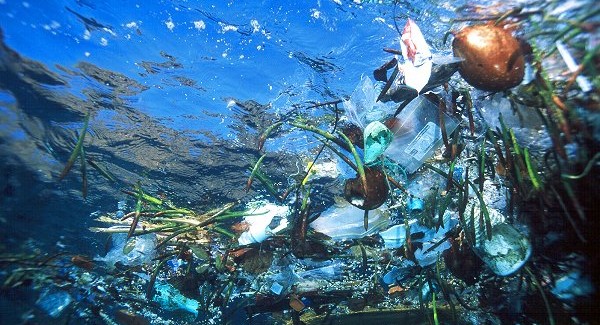 This article reviews the literature published from 1985 to 2013 regarding the ingestion of marine debris by sea turtles, focusing on whether the prevalence of this phenomenon has changed over time, the most commonly ingested types of debris, and the species and ages most at risk.

“Ingestion of marine debris can have lethal and sublethal effects on sea turtles and other wildlife. Although researchers have reported on ingestion of anthropogenic debris by marine turtles and implied incidences of debris ingestion have increased over time, there has not been a global synthesis of the phenomenon since 1985. Thus, we analyzed 37 studies published from 1985 to 2012 that report on data collected from before 1900 through 2011. Specifically, we investigated whether ingestion prevalence has changed over time, what types of debris are most commonly ingested, the geographic distribution of debris ingestion by marine turtles relative to global debris distribution, and which species and life-history stages are most likely to ingest debris. The probability of green (Chelonia mydas) and leatherback turtles (Dermochelys coriacea) ingesting debris increased significantly over time, and plastic was the most commonly ingested debris. Turtles in nearly all regions studied ingest debris, but the probability of ingestion was not related to modeled debris densities. Furthermore, smaller, oceanic-stage turtles were more likely to ingest debris than coastal foragers, whereas carnivorous species were less likely to ingest debris than herbivores or gelatinovores. Our results indicate oceanic leatherback turtles and green turtles are at the greatest risk of both lethal and sublethal effects from ingested marine debris. To reduce this risk, anthropogenic debris must be managed at a global level.”