Proactive Measures To Protect Whales In The Bering Strait

Modifying the routing of ships during certain seasons can help reduce vessel strikes and protect bowhead whales, according to this case study.
ABSTRACT ONLY Only an abstract of this article is available.
PEER REVIEWED This article has been peer reviewed.
Summary By: Faunalytics | This is a summary of an external study | Published: June 28, 2016
Photo by Flickr user animalrescueblog 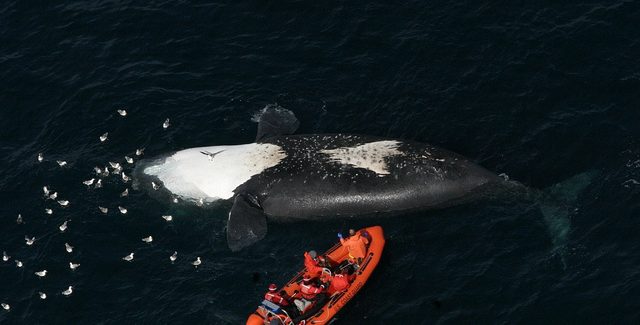 In recent years, as more and more Arctic sea ice melts due to global warming, the Bering Strait has become increasingly easy to access by commercial shipping vessels and therefore increasingly crowded. This paper, published in Marine Policy, explores the need for, and feasibility of, taking precautionary measures to protect bowhead whales. These whales migrate through the Bering Strait each year, known as the Bering-Chukchi-Beaufort BCB stock. Currently estimated at 6,400-9,200 individuals, BCB bowheads face numerous threats from increased vessel traffic (including collisions with vessels), oil spills, and the introduction of new species that could compete with or threaten bowheads.

The author uses findings from a 2012 study tracing the migration routes of bowhead whales in the Strait to propose two protection measures. The measures are modeled on others that were successfully implemented to protect the North Atlantic right whale, a close relative of the bowhead, from collisions with vessels in U.S. waters. Based on findings that bowheads predominantly travel along the western edges of the Strait during their southern migrations, the author proposes the formation of two seasonal “Areas to Avoided” by all vessels: one on the eastern side of Big Diomedes Island, located in the narrowest part of the Strait, and one on the eastern side of St. Lawrence Island on the south edge of the Strait. Alternatively, she proposes that all vessel traffic be routed to the eastern side of the Strait during peak migration season.

The author also provides a jurisdictional framework by which to implement the recommendations. The two nations bordering the strait, the United States and Russia, would need to jointly submit proposals on the regulations to the International Maritime Organization, which is the only international body recognized to develop ships’ routing measures. Finally, the author discusses potential barriers to implementation, including repercussions from shifting vessel routes on traffic patterns and other marine species, and the lack of proper authorities to manage and monitor vessel traffic. She also notes that objections may be raised over the small size of the bowhead winter migration study, which only tracked 21 whales.

However, the author urges policymakers not to wait, stating, “If one were to take a pro-active and precautionary approach to protect migrating bowheads… proposing ships’ routing measures based upon the limited data would likely be more effective than waiting for a greater amount of data to be acquired.” In other words, in this situation action based on sparse data is better than inaction. The author continues, “Unfortunately, in the absence of convincing data proving that an interaction between anthropogenic activities and the environment is deleterious, it seems that the tendency is often for policymakers to do nothing.” But doing nothing ignores the protection needed by marine species. 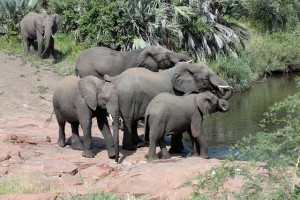 Using GPS to monitor animal social networks can eliminate some need for direct observation and save time, money, and potentially animal stress.

A single class of chemicals - PCBs - may be responsible for the loss of entire populations of orcas. This research report explores the issue.