Schoolchildren and One of the Most Unpopular Animals: Are They Ready to Protect Snakes?

This study explored schoolchildren’s attitudes towards snakes and found (contrary to popular belief) that many liked snakes and most wanted to see them protected, suggesting that children have an interest in the protection of less charismatic species.
ABSTRACT ONLY Only an abstract of this article is available.
PEER REVIEWED This article has been peer reviewed.
Summary By: Kathryn Asher | This is a summary of an external study | Published: October 29, 2013
Image by Flickr user takfoto 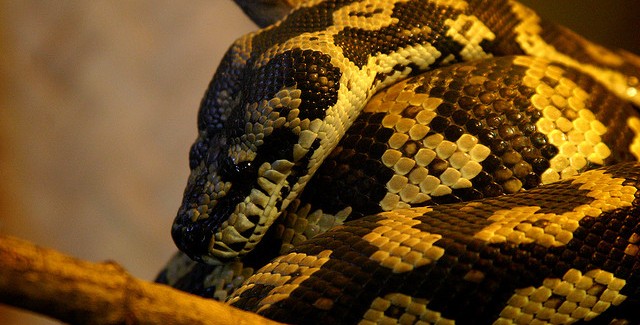 This study explored schoolchildren’s attitudes towards snakes and found (contrary to popular belief) that many liked snakes and most wanted to see them protected, suggesting that children have an interest in the protection of less charismatic species.

“For cultural reasons and due to the narrow vision of environmental policy makers, most conservation efforts focus on a few charismatic species and consequently neglect the majority of others under threat; many unpopular species are even killed in large numbers with little concern. Redressing this bias through educational programs is therefore important. Snakes are unpopular animals; they suffer from human harassment in most places and many populations have declined worldwide. Consequently, they provide suitable substrate to better improve conservation education in schoolchildren. Responses to a questionnaire administered to 2,570 schoolchildren (7–14 years old) from 10 countries showed that many children liked snakes and that most of the students wanted to see snakes protected. Such counterintuitive results were supported by the explanations given by the children, notably the reasons they liked or disliked snakes. Previous physical contact with snakes was often associated with snake likeability. We also found strong and expected differences between countries: for instance, where venomous snakes represented a health risk, most children declared to be afraid of snakes. Overall, our results negate the simplistic, and previously unverified, adult view that snakes are necessarily perceived as frightening animals, thereby justifying their persecution. This study provides an encouraging message, suggesting that it is not compulsory to focus on charismatic animals to convince children to protect wildlife.” 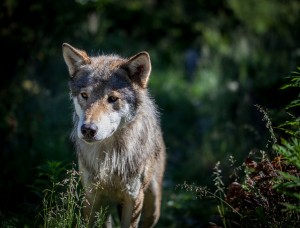 Predicting the Intention to Support the Return of Wolves: A Quantitative Study with Teenagers

This article explores what factors predict young people's support for the controversial return of wolves (a threatened species) in Germany.