Does Insect Suffering Bug You?

Fur coats have fallen out of fashion. Is silk next? A new Faunalytics guest blog looks at the dynamics that might bring insect suffering into focus.
EXCLUSIVE Exclusive article or blog for Faunalytics.
Author: Faunalytics | Published: October 21, 2016
Photo by Flickr user pimthida

Is silk the new fur? Fur coats have fallen out of fashion. Thanks in large part to animal rights advocates, most people are no longer comfortable with the idea of slaughtering dozens of fluffy, cute little animals to make a coat.1 It just seems wrong.

Recently, activists have started campaigning against silk because they believe the production process is cruel to silkworms. Many people respond to these campaigns with skepticism: who cares about silkworms? It’s easy to feel for the chinchillas, foxes, and other furry mammals used in fur clothing. But insects like silkworms are a harder sell. It seems crazy to grant moral consideration to a bug.

Nonetheless, the idea that we should care about insect welfare has been gaining credibility among activists, scientists, and philosophers in recent years.

Incidentally, it is not a new idea. Adherents of Jainism, an ancient Indian religion, are so dedicated to nonviolence that they literally wouldn’t harm a fly. Jains avoid injuring all creatures, including insects. Jain monks even wear masks over their mouths to avoid accidentally inhaling bugs.4

So do Jains have the right idea? Or is caring about insect welfare only for monks and overzealous radicals?

But isn’t it obvious?

Most people take it as obvious that insect welfare doesn’t matter. Even the fiercest defenders of animal rights often balk at the notion that we should care about insects’ wellbeing. Animal rights advocates have even joined environmentalists in support of the burgeoning movement to eat insects instead of large animals.5 There appears to be a nearly universal consensus that insects lack moral standing.

However, history teaches us that moral consensuses tend to change. It is now relatively common to care about the welfare of those who are not close kin or even members of the same community. This was not always the case. For example, it was not so long ago that the vast majority of white men scoffed at the notion that non-whites and non-males deserve equal moral consideration. Furthermore, in most countries, the idea that animals have rights only began to be taken seriously by the mainstream over the last forty years.6 In 1821, the MP for Galway in Ireland introduced a bill to outlaw cruelty to horses, but it was received with laughter in the House of Commons. Members joked disparagingly that rights for dogs and cats would be next — how absurd!7

Time after time, societies have overturned widespread and strongly held views about whose welfare matters.8 The history of moral progress should remind us that what’s obvious isn’t always right. We must be humble enough to at least consider the possibility that we ought to care about insects.

Jeremy Bentham, the legendary British philosopher, is often regarded as being morally far ahead of his time. In the late 18th century, he argued for the equal moral status of women and men, the decriminalization of homosexual acts, the abolition of slavery, the death penalty, and physical punishment (including that of children), and for the promotion of animal welfare.9 All of these views were considered extremely radical at the time.10 His comments on the moral status of animals are worth quoting at length:

The French have already discovered that the blackness of skin is no reason why a human being should be abandoned without redress to the caprice of a tormentor. It may come one day to be recognized, that the number of legs, the villosity of the skin [i.e. the presence of fur], or the termination of the os sacrum [i.e. the presence of a tail], are reasons equally insufficient for abandoning a sensitive being to the same fate. What else is it that should trace the insuperable line? Is it the faculty of reason, or perhaps, the faculty for discourse? … The question is not, Can they reason? nor, Can they talk? but, Can they suffer?”11

Bentham’s argument is hard to dismiss: what difference does it make, morally speaking, how many legs a creature has, or whether it can talk, or how smart it is? Isn’t suffering undesirable no matter what who — or what — is doing the suffering?

However, the argument is moot if insects don’t suffer in the first place. So, do they?

The question of whether insects can feel pain or have other negative subjective experiences is hotly contested among scientists.12 Amid the uncertainty and debate, one thing is clear: at least for now, we can’t be sure. Whether or not insects have the capacity to suffer is still very much an open question.

If insects can suffer, they probably suffer a lot. Starvation, desiccation, injury, internal organ failure, predation, infection, chemical imbalances, and other stressors are common features in a bug’s life.13 It’s possible that insect lives are full of suffering.

Should we be worried?

Since the science isn’t clear, we should assign a nontrivial likelihood to the hypothesis that insects suffer. However, even if you think the likelihood that insects suffer is extremely low, it’s worth keeping in mind just how many insects there are. Their sheer numbers suggest that if they do suffer, the scale of the issue would be enormous.

Scientists estimate that there are around 10 quintillion (that’s 10,000,000,000,000,000,000) insects alive at any given moment.14 To put it another way: for every human, there are about 1.4 billion insects. And while insect brains are tiny by comparison to humans, the size of the insect population means that there may be up to 1,000 times as many insect neurons as there are human neurons in the world. While these numbers don’t tell the whole story, they indicate the possible scale of the issue.

We have to countenance the simple fact that there is an absolutely huge number of insects. Even though we’re not sure they suffer, and even if we decide that we care less about their suffering than the suffering of humans or other animals, the scale of the issue if we’re wrong is so massive that we can’t ignore the possibility. It would be a moral disaster. Even a small risk of something so bad is worth taking seriously.

What should be done, if anything?

Given the possible scale of the the issue, is there anything that can or should be done?

Most insects live in the wild and much of their (possible) suffering is not caused by humans. One common objection to taking action is that we should avoid meddling with the natural order. If there’s suffering in nature, so be it: that’s the way it’s supposed to be. This view has become increasingly controversial in recent years, but it’s deeply intuitive for many people.15

Still, the question of when we should intervene in nature (if at all) is controversial and complicated. I won’t attempt an answer here. But even if you think humans shouldn’t intervene against naturally occurring suffering, there are plenty of ways we can make a difference by eliminating human causes of (possible) insect suffering.

Ending silk production — and thereby preventing millions of silkworms from being boiled to death every year — is one example.

Avoiding shellac is another example. Shellac is a resin produced from lac bugs and used as a colorant, food glaze, and wood finish. It is estimated that the shellac production process kills hundreds of billions of lac bugs annually by slowly drying them out. Shellac can be replaced by alternatives like zein, a protein extracted from corn byproducts.

So is it time for a campaign to reduce the use of silk and shellac? Peter Singer, the famous animal advocate and moral philosopher, thinks the time isn’t right yet.18 While he admits the possibility that insects have the capacity to suffer, he points out that there is much less doubt about suffering among vertebrate animals. Singer would rather we focus on alleviating the known suffering of vertebrates before shifting attention to the possible suffering of insects.

Singer’s argument is compelling, as his arguments typically are. If faced with a choice between addressing the suffering of either vertebrates or insects (with no option to address both), a choice to prioritize the known suffering of vertebrates would be understandable. There are real-world cases where it appears we face this kind of zero-sum prioritization dilemma: the movement to eat insects instead of vertebrates may present an example.

However, it’s not always a zero-sum game. Even if we should prioritize vertebrate welfare, there are things we can do to mitigate the risk of insect suffering that don’t impede efforts to promote vertebrate welfare.19 We can replace silk with polyester or rayon. We can develop and improve standards for the humane use of insects in research. We can help farmers choose pesticides that limit possible insect suffering. We can also take care to avoid hurting insects in our daily lives in a number of ways.

It might turn out that insects don’t suffer, but until we know, it’s a risk worth taking seriously. 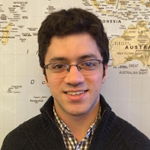 Jesse Gildesgame is an entrepreneur with a strong interest in effective altruism and animal welfare. He leads a bookkeeping startup, BooksTime, and also volunteers for the Harvard University Effective Altruism Student Group.

1. In a 2013 survey, only 23.3% of respondents agreed that buying clothes made of real animal fur is ethically acceptable. HRC (now Faunalytics). (2013, July). Animal Tracker – Year 6: 10. Retrieved from https://faunalytics.org/feature-article/animal-tracker-year-6/

5. There are plenty of exceptions, including major animal rights organizations such as PETA. Even some vegans support the movement.

8. Peter Singer, a bioethics professor at Princeton, explains this phenomenon in The Expanding Circle. He argues that altruism has its roots in the evolutionary drive to protect one’s kin but has developed into a consciously chosen ethic with an expanding circle of moral concern. Read more here.

11. Bentham, Jeremy (1789). An Introduction to the Principles of Morals and Legislation. London: T. Payne. (Emphasis added.)

In the rare instances where animal advocates raise concerns about wildlife vaccination programs, their concerns are almost always about the potential for unintended consequences — not that intervention in nature is wrong per se. See, for example:

19. This point requires more of a defense than I have space for here. One might think that expending time and resources on campaigns other than those aimed at the most high-priority issue is wasteful. For instance, why run an ad campaign urging consumers to eschew silk when the same ad campaign could have urged consumers to eschew veal? Strict prioritization has a certain appeal.

Highlights From The Library Front Desk

Faunalytics’ Research Library has just hit 5,000 entries! Our Content Director, karol orzechowski, reflects on the growth of the database we’ve built and shares some of his favorites from the archives.