Does Being ‘Informed’ Change Public Opinion On Dairy Welfare?

A study from Brazil shows that information about dairy industry practices increases consumer concern and pro-industry claims fail to boost acceptance.
ABSTRACT ONLY Only an abstract of this article is available.
PEER REVIEWED This article has been peer reviewed.
Summary By: Faunalytics | This is a summary of an external study | Published: April 14, 2017
Photo by Flickr user MatthiasRipp 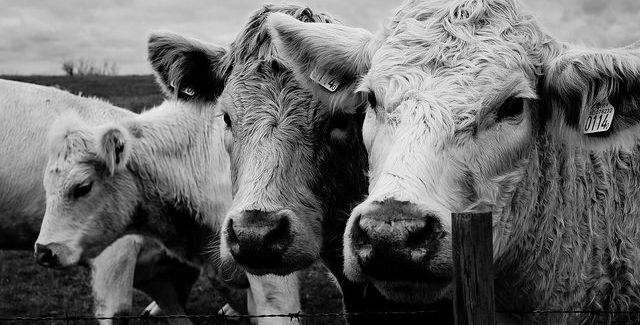 Educating the public, whether it is for animal advocacy or other social movements, is underpinned by the idea that if people know better, they will do better. We cannot force people to stop eating meat or to treat the environment or each other better, so we try to educate and persuade them to make better choices. Thanks to the efforts of animal advocates, the residents of many countries and regions are starting to question standard animal management practices.

Two such contentious practices that are routine in the dairy industry are early cow-calf separation and zero-grazing systems for dairy cows. Advocates have argued against cow-calf separation because it is unnatural and causes emotional turmoil for both animals. They oppose zero-grazing because it restricts the variety of foods available to the cows and also prevents them from living in pastures. In a recent Canadian study, the majority of respondents “were unaware of the practice of early separation and that most lactating cows were not provided access to pasture.” That resulted in “a large number of the participants losing confidence that dairy cows have a good life.”

The purpose of this study was to gauge the attitudes of Brazilian consumers towards harmful practices in the dairy industry and to assess how much the “provision of information” may make a difference. Brazil is fast becoming a major global producer of animal products, but little is known about its citizens’ understanding of the country’s production methods. Over the course of two months, an equal number of male and female adults were given a questionnaire to measure their opinions. The researchers found that, for the most part, respondents were unaware of both cow-calf separation and zero-grazing systems. When they were made aware of such practices, respondents generally didn’t support either of them.

Most interestingly for animal advocates, the researchers provided respondents with information justifying the practices. Nevertheless, most respondents continued to disapprove of the practices. This means that even when provided pro-industry information, simply being made aware of some common dairy industry practices caused concern among these Brazilians. On some level, these consumers are aware that industry practices run counter to their notion of a natural life for cows and calves.

Detailed Results For The U.S. From Faunalytics’ Study Of BRIC Countries

This follow-up to Faunalytics’ report on attitudes in the BRIC countries focuses specifically on demographic differences within the U.S.