Convenience Meat And Its Attraction

Meat products are the key and leading force behind "convenience trends" in food. What makes such products so attractive to consumers?
ABSTRACT ONLY Only an abstract of this article is available.
PEER REVIEWED This article has been peer reviewed.
EXTERNAL STUDY This is a summary of an external study.
Summary By: Linda Tyler | Published: July 26, 2018
Photo by Alex Guillaume on Unsplash

The continuous proliferation of convenience food is obvious to anyone who regularly visits large supermarkets. Peeled and diced fresh fruit and vegetables, shelf-stable cooked foods in aseptic packages, not to mention the array of prepared dishes ready for heating at home — these are just some of the ways that “stopping at the store to pick up dinner” has evolved in dramatic ways during recent decades.

This article specifically focuses on meat and provides a helpful overview of the history of making meat-eating easy, as well as how the unpleasant aspects of its production are increasingly hidden from public view. The authors emphasize the interaction of social and cultural trends that have driven the desire for meat convenience and the technological advances that have made it possible.

While the authors trace the beginning of “convenience meat” to the advent of agriculture and herding in the Neolithic Age, they move quickly through history to the 19th century when the food system changed drastically. Technological advances (e.g., railway shipping of cheap grain, the establishment of meat-packaging facilities), population increases, and increased purchasing power combined to drive the creation of large-scale, intensive systems dedicated to meat production.

The authors trace similar trajectories for the emergence of shelf-stable technologies (canned meat) in the 19th century as well as the advent of widespread refrigeration and “the cold chain” in meat logistics in the early 20th century. Frozen meals and TV dinners were industrially produced after World War II and both were warmly welcomed by women entering the workforce at that time.

The paper then moves to discuss more recent technological breakthroughs, but lacks the kind of insightful connection to societal issues found in its discussion of earlier eras. For example, the researchers note that, with the exception of a few products such as ribs, most of the meat sold today is fully deboned, with sinews and other undesirable parts removed as much as feasible. They also describe how most meat today is delivered reshaped or restructured, and is often cooked and incorporated into an end product where even the slightest hints of body parts and blood are carefully masked.

These technological trends may be simply a response to the demand for fast food, with the need for quick and easy consumption without dependency on utensils. Or do meat-eaters today also want to avoid bones, skin, and discernible muscle to avoid reminders of a process that we know, based on many research surveys, most people are uncomfortable with? Although it is not mentioned in this this article, we wonder whether “body-less” meat can help set the stage for consumer acceptance of lab-made meat?

Given the brevity and clarity of the paper, it’s a helpful resource to animal advocates who want a historical overview of how and why we’ve arrived at a place where chicken nuggets are available hot or frozen, 24/7. In many ways, the paper shows that we’ve come a very long way. Depending on your perspective, it may be disheartening, or it may provide a sliver of hope that change is inevitable, and not all change needs to involve the farming of living, breathing, sentient animals. 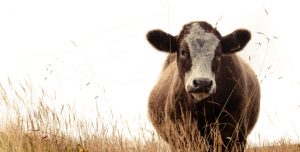 'Massive Open Online Courses' about meat production can have exceptional impact on the attitudes of consumers worldwide. How can advocates employ them?