Consumers And Animal Welfare In Thailand

Consumers in Thailand show an interest in buying products that are locally produced with high animal welfare and environmental standards.
FULL TEXT The full text of this article is available.
PEER REVIEWED This article has been peer reviewed.
Summary By: Faunalytics | Original Study By: Ueasangkomsate, P., & Santiteerakul, S. (2016) | Published: June 16, 2016
Photo by Flickr user canadianveggie 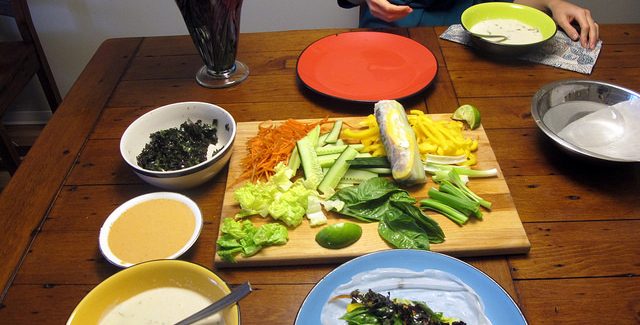 It seems that everywhere we turn these days, “eco” diets are trending. Often such diets include concern for animal welfare in addition to other factors like the use of pesticides, organics, and food safety issues. In Asia, where the consumption of animal products is rising dramatically, farmed animal welfare is becoming an even more pressing concern. The market for “sustainable” and organic food has also been growing. In Thailand, the Ministry of Commerce reported that organic agriculture generated $23 million in sales, up 145% from $9.4 million in 2002. This is noteworthy in a country that is the world’s 4th largest user of insecticide. In this study, researchers examined Thai consumer attitudes in relation to the “eco” food market and how such foods might be promoted.

The researchers here used a two-part survey to get feedback from consumers. The first part focused on consumer demographics, while the second part looked at consumer attitudes and their intent to buy organic foods. The study respondents were largely well-educated (62% had high school or Bachelor’s degrees), were between the ages of 31 and 40, and just over half were single. Ranking the concerns posed in the survey, the researchers found that “local origin” was the most important factor in consumers’ intent to buy organic. Animal welfare came second and the environment was a close third. Health and food safety were the lowest-ranked factors. The researchers note that moving towards organic production is important for a country that uses chemicals in agriculture as intensely as Thailand does. For animal advocates, the study shows that concern for animal welfare is a key factor in buying organic food in Thailand, which is encouraging.