As awareness builds around farmed fish practices, a new study suggests that consumers do not just have environmental concerns — they are also concerned about animal welfare.
FULL TEXT The full text of this article is available.
PEER REVIEWED This article has been peer reviewed.
EXTERNAL STUDY This is a summary of an external study.
Summary By: Rekha Sharma | Original Study By: Ankamah-Yeboah, I., Bredahl Jacobsen, J., et al. (2019) | Published: November 24, 2022
Photo by John Werner on Unsplash

The world’s aquaculture industry — farming operations that breed and raise fishes for human consumption — is growing quickly at 5.8% annually. When the industry initially ballooned, awareness increased around the environmental consequences of farmed fish production practices (e.g., the pollution of hormones and antibiotics into groundwater). Many consumers developed a preference for wild-caught fishes instead. However, new concerns over the sustainability of wild-caught fish practices have shifted consumer preferences back towards farmed fishes.

As aquaculture operations have become more intensive, concerns over animal welfare in the industry have gained traction, particularly within the European Union. This study explores how consumer fish purchasing behavior in Germany is affected by the inclusion of animal welfare information on farmed fish product packaging.

Producers have different ways of informing consumers about environmental and animal welfare concerns. One common method is the use of ecolabels on product packaging, which informs consumers if a product adheres to certain standards (e.g., fair trade labels on coffee or organic-certified stickers on produce). Consumers tend to prefer products with ecolabels and are often willing to pay more for them. This willingness to pay more for a product is usually dependent on what the consumer already knows about the production process and the information provided on the ecolabel. However, animal advocates often point out that ecolabels can be misleading, as they may “greenwash” or “humanewash” products that don’t actually do much to support environmental or animal protection.

Researchers explored whether an ecolabel on fish products could affect a consumer’s willingness to pay for the product. They used a choice experiment with a sample of 1,236 German respondents, who were asked to choose between different farmed trout products such as whole versus fileted fishes or smoked versus fresh products. Germany was chosen as the country of study because it is the largest consumption market for farmed fishes in the European Union.

Across the board, respondents were more likely to select the organic trout products over ASC-labeled products and unlabeled products, even when prices were higher for the organic options. Specifically, they were willing to pay €1.3 more per kilogram of product. Consumers in treatment group 1, who were informed that the organic label addressed environmental concerns, showed no difference from the control group in their willingness to pay for the ecolabel. On the other hand, consumers in treatment group 2, who were informed that organic production requirements addressed animal welfare concerns, were willing to pay an additional €1.14 per kilogram of product compared to the control group. Those in treatment group 3, who were informed that both environmental and welfare concerns mattered, were only willing to pay €0.74/kg more than the control group.

In other words, consumers who believed that the “organic” ecolabel on a trout product addressed environmental concerns were not willing to pay extra compared to consumers who did not know the purpose of the label. However, consumers were more likely to pay more for an organic label if they knew that it addressed fish welfare. These results suggest that farmed fish welfare is an important factor for consumers in Germany.

Although fish products are often overlooked in discussions around welfare, it has become increasingly clear that welfare is an important component of consumer demand in the aquaculture industry. Animal advocates can use this information to encourage stronger welfare practices on fish farms. However, given that so-called “humane” labels often conceal animal suffering, advocates should also be conscious of the fact that consumers seem to trust these labels when making decisions about animal welfare. This study shows that more education is needed around the problems with product labels in general, and why the best way to protect fish welfare is to forego fish products altogether.

Author: Rekha Sharma
Rekha Sharma received her B.S. in Animal Science with a concentration in Pre-Veterinary Medicine from California Polytechnic State University in San Luis Obispo, California. She leans on her experiences in research, conservation, industrial agriculture, and policy to combine her love for science writing with her long-standing passion for animal advocacy.

The European Union has strict regulations about animal welfare during transport, but lax enforcement and poor data collection practices limit their effects.

A team of researchers from Germany set out to learn what aspects of current animal welfare standards could be relevant to insects, and what shapes consumers’ understanding of insect welfare. 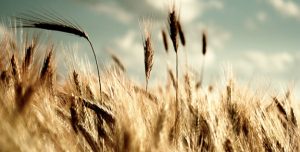 Carbon Footprint And Diet: A Review From Germany

A study from Germany corroborates findings from other studies that meat-centered diets have the largest carbon footprint in a comparison of different diets.