Are there links between how companion animals and people experience Obsessive Compulsive Disorder?
FULL TEXT The full text of this article is available.
Summary By: Jen Wyglinski | This is a summary of an external study | Published: March 21, 2016
Photo by Flickr user jacinta lluch valero 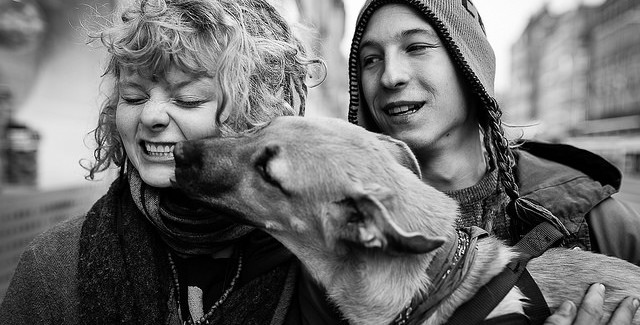 Most people who have developed a close relationship with an animal will readily agree that animals often display behaviors similar to those of humans. Do they also share similarities when it comes to behavioral disorders?

This article, “Tracing the Roots of OCD in Pets and People,” profiles the work of Nicholas Dodman, a prominent animal behaviorist from Tufts University’s Cummings School of Veterinary Medicine who has made several advances in linking both the symptoms and underlying genetic causes of behavioral disorders in animals and people. In particular, it highlights a recent study in which Dodman identified a new drug treatment for obsessive-compulsive disorder (OCD) in dogs that was later shown to significantly improve OCD symptoms in humans. It also discusses a study indicating that bull terriers who display compulsive behavior and children with autism have significantly elevated levels of the same two biomarkers, as well as a study that identified a common genetic mutation in Dobermans with compulsive tendencies that may help researchers trace the genetic roots of such behaviors in humans.

The article notes that most scientists who study human behavior are skeptical that very many similarities exist in behavioral disorders between people and animals due to the large differences in cognitive function between the two groups. On the other hand, Dodman and some of his fellow veterinary behaviorists believe that studying the genetic underpinnings of behavior disorders in animals could be simpler and more efficient process that benefits both humans and animals. Animal advocates will be quick to point out that a similar line of reasoning is often used to justify animal experimentation for a range of medical purposes. The article does not provide details on how the animals in the studies were treated and housed, or how invasive the experiments were, but advocates note that these factors must be taken into account in any research involving animals, whether it is intended for the benefit of fellow animals or humans. 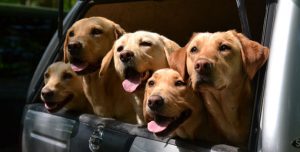 Dogs At Work: Some Preliminary Data

Preliminary research finds that people who are able to interact with dogs to work have much lower stress levels than those that don't. 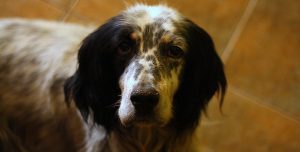