Evidence suggests that educating the public about animal welfare reforms encourages changes in diet, but it is unclear whether it also affects their attitudes toward animal farming as a whole.
FULL TEXT The full text of this article is available.
EXTERNAL STUDY This is a summary of an external study.
Summary By: Elena Schaller | Original Study By: Harris, J., Ladak, A., & Mathur, M. B. (2021) | Published: July 29, 2022
Photo by William Moreland on Unsplash

Animal farming is a leading cause of animal suffering, environmental destruction, and chronic health problems. Animal welfare reforms are used to improve factory farming conditions. However, some advocates argue that we should fight for the abolition of animal use instead of trying to improve it — especially if learning about reforms leads people to think that farmed animals are better treated than they are. This study tested how educating people about reforms affects their attitudes towards animal farming.

The researchers assigned 1,520 U.S. adults to read one of three articles: one about animal welfare reforms (companies’ cage-free egg commitments), one about conventional animal agriculture practices (the use of battery cages), or an unrelated article. Afterwards, participants were asked a series of questions related to their attitudes towards animal farming, including their overall opposition, the likelihood of changing their diet, and the likelihood of supporting future animal welfare reforms.

The results, however, were quite different. Learning about current animal farming conditions led to significantly stronger negative feelings compared to learning about the control group. Meanwhile, learning about animal welfare reforms had no significant effect on attitudes towards animal farming. One potential explanation is that the articles presented the issues fairly neutrally instead of using persuasive language. Alternatively, it could be that exposure to information about reforms influences animal product consumption, but not animal farming opposition.

As the authors predicted, social norms and optimism about the end of factory farming helped explain some of the opposition among participants who learned about animal welfare reforms. Given that these people were no more likely than the control group to oppose factory farming, the authors are unable to provide context to these mediating factors.

These findings suggest that advocates should prioritize raising awareness of current animal farming conditions over the changes that are underway to improve those conditions, if the goal is to encourage opposition to animal farming. However, pushing for farming reforms can still be positive for animal welfare even if they have little effect on consumer support of further institutional changes. In any event, the results from this study are surprising, and merit further research. 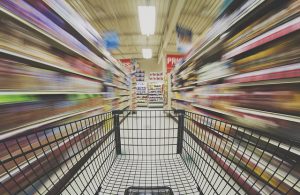 More than a fifth of grocery store consumers believe that animal welfare is important, making them a substantial market segment.