This study examined the effectiveness of four vegetarian/vegan outreach videos, finding few differences in terms of the respondents' willingness to reduce or eliminate meat, eggs, or dairy.
FULL TEXT The full text of this article is available.
EXCLUSIVE Exclusive article or blog for Faunalytics.
Author: Faunalytics | Published: October 31, 2014
Image by Flickr user Compassionate Action for Animals 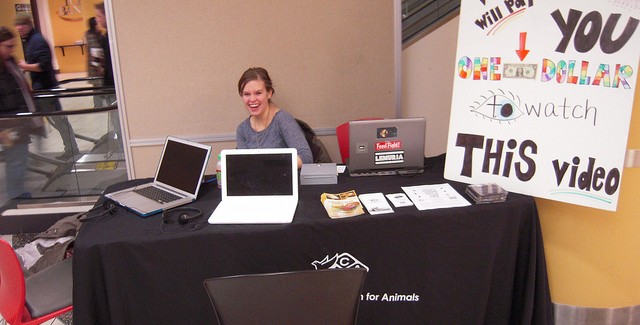