An online experiment found that people will donate more to conservation appeals featuring flagship species.
FULL TEXT The full text of this article is available.
PEER REVIEWED This article has been peer reviewed.
EXTERNAL STUDY This is a summary of an external study.
Summary By: Laura Thomas-Walters | Published: June 21, 2018
Photo by Diego PH on Unsplash

Fundraising is a vital function of nonprofit organizations. As such, most rely on fundraising tactics based in psychology—specifically, what motivates people to give—to increase donations. Some are obvious, such as the use of bright colors, large font sizes, and interesting pictures to attract attention. After all, people can’t donate if they don’t even notice the advertisement in the first place. And contextual factors also matter. For instance, people often give more when their donation is relatively visible. They have also been shown to give more when attractive fundraisers are asking for donations. A recent study examined the effectiveness of two common techniques often used by conservation organizations: the identifiable victim effect and flagship species.

“A single death is a tragedy, a million is a statistic”.

People are more willing to help a single, identified victim than unidentified or statistical ones. In other words, a charity will have more luck raising funds if their campaign focuses on a little boy named Jamal from Iraq than if it focuses on the plight of all the children in Iraq.

Why this approach is more effective is unclear. Perhaps the specificity and vividness of Jamal produces a greater empathetic response, or maybe people just feel like they can make more of an impact by donating to a single individual than by splitting up their donation among many individuals. Either way, the identifiable victim effect has been well-documented in laboratory and field experiments where humans are the victims, but it has not been tested with non-human species.

Flagship species are popular and charismatic animals, such as elephants or tigers, that capture the public’s attention and concern. As such, they are more often featured on the covers of conservation organizations’ magazines and in charitable appeals. There’s a reason the WWF’s logo is a panda and not an ant. However, until the current study, it was unknown whether featuring a flagship species in a marketing campaign increased donations and, if it did, by how much. 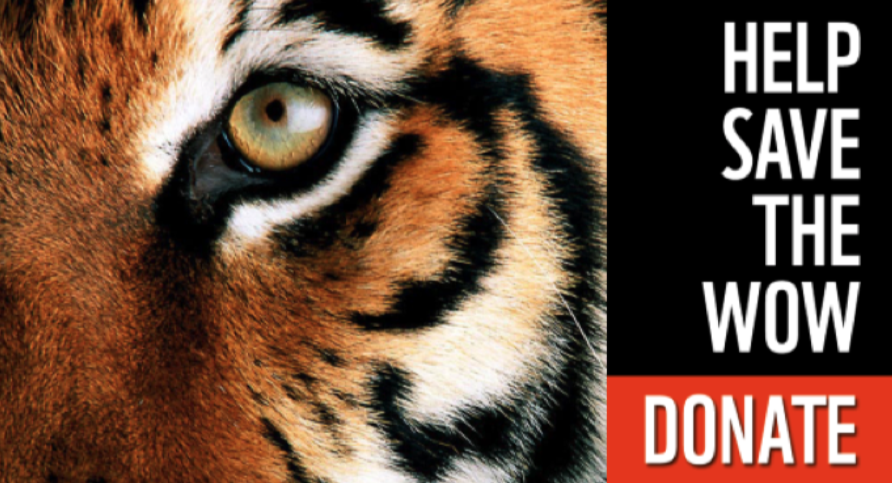 In this study, researchers recruited 1,306 participants from the United States to take part in an online survey. Participants were randomly allocated to one of four treatment groups or to a control group. Each participant was presented with some information about the effects of climate change on a specific animal or species and then given the opportunity to donate up to $0.50 to WWF, a charity protecting animals from the negative effects of climate change.

When analyzing the results, the researchers controlled for age, gender, education level, and attitudes toward climate change and the environment. Two-thirds (67%) of participants chose to donate to WWF with a mean donation of $0.14. Including flagship species in an appeal increased the donation amount but only by $0.02 on average (an effect size of 0.02 in the study). However, participants did not donate more when presented with a single identifiable victim (e.g., Rosie the polar bear) than when presented with a group of victims (e.g., polar bears in general).

Most studies have looked at ways to increase charitable giving based on appeals featuring humans rather than animals. This study suggests that lessons learned from studies focused on the impacts of fundraising appeals on humans may not always translate to appeals featuring non-human animals. Thus, it’s important to empirically verify results from a study conducted in one context before trying to use them in a different context. However, this study does confirm that organizations should continue featuring flagship species in fundraising materials.

Giving To Animals: New Data On Who And How

The preferences and attitudes of people who donate to animal causes are explored in Faunalytics’ reanalysis of data provided by the Blackbaud Institute and Edge Research.