This article explores the objectification of women in the animal protection movement, critiquing PETA and others for exploiting female sexuality.
ABSTRACT ONLY Only an abstract of this article is available.
PEER REVIEWED This article has been peer reviewed.
Summary By: Faunalytics | This is a summary of an external study | Published: January 8, 2014
Photo by Flickr user shriekingtree 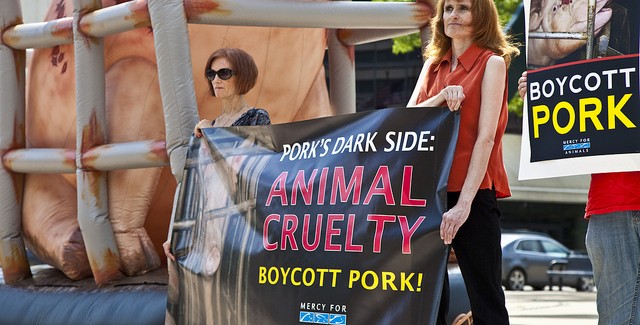 This article explores the objectification of women in the animal protection movement. Author Corey Lee Wrenn critiques PETA and others for exploiting female sexuality and stereotypes in an effort to drum up support for the cause. Wrenn focuses on the phenomenon of “professionalization” by exploring the dynamic of the exploitation of female volunteers for the financial benefit of established animal protection organizations. Wrenn finds fault with this approach from both a moral and strategic perspective.

“Adams (2004, The pornography of meat. London: The Continuum International Publishing Group Ltd), Deckha (2008, Disturbing images: PETA and the feminist ethics of animal advocacy. Ethics and the environment, 13(2), 35–76), Gaarder (2011, Women and the animal rights movement. Piscataway, NJ: Rutgers University Press), Glasser (2011, Tied oppressions: an analysis of how sexist imagery reinforces speciesist sentiment. The Brock review, 12(1), 51–68), and others have criticized People for the Ethical Treatment of Animals (PETA) for sexually exploiting young women in outreach and fundraising efforts. This article extends these critiques in addressing the problematic relationship between objectified volunteer female activists and Nonhuman Animal rights organizations (Animal Liberation Victoria, Fish Love, LUSH, and PETA). These organizations have largely professionalized and have consequently refocused their priorities on fundraising for organizational maintenance. An exploration into the social movement literature on the phenomenon of professionalization casts the use of young women’s bodies for financial gains in a more troubling light. The Nonhuman Animal rights industry that exploits the sexuality of female activists ultimately exploits archetypes of women as nurturers and temptresses. These groups also utilize women’s vulnerability by targeting female consumers and their sensitivity to body image. This article places female objectification within the logic of social movement professionalization. These organizations merge advocacy with capitalist interests to the ultimate disadvantage of women and Nonhuman Animals alike. The exploitation of female stereotypes and ultimately the female body, it is argued, is ineffective in challenging ideologies of oppression as both a practical and a theoretical matter.”

Belief in the importance of humane education is very strong but has gone up and down over the past 10 years. Here's the latest data. 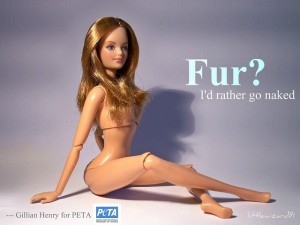 This research shows that the “sex sells” approach does not increase support for ethical causes. Two studies were used to explore the topic.

Results of a literature review indicate that the effectiveness of graphic depictions of suffering is still up for debate and is likely influenced by a number of complicating factors.