How we treat animals is not consistent and not even. Where does animal prejudice come from, and what can advocates do about it?
FULL TEXT The full text of this article is available.
PEER REVIEWED This article has been peer reviewed.
Summary By: Faunalytics | This is a summary of an external study | Published: March 8, 2017
Photo by Flickr user bethcortez-neavel 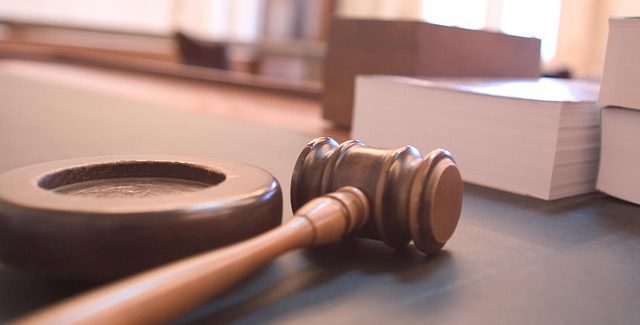 Animal advocates often walk a fine line when attempting to compare prejudice against animals to prejudice against groups of people. Comparisons between speciesism and racism or sexism can easily be made. But many people consider such comparisons to be offensive. This is because they believe humans are capable of suffering in ways that animals are not.

In “Is There Such a Thing as Prejudice Toward Animals?”—an appendix to the book Understanding Prejudice and Discrimination—Scott Plous argues that such parallels can actually be helpful. This is because learning about such parallels can “tell us something fundamental about how prejudice operates and how people balance their desire to be fair with their desire to maintain an inequitable status quo (regardless of whether the outgroup is human or another species).”

To make his argument, Plous first explores the “psychological factors that allow people to use animals without feeling that their actions are unfair or prejudiced.” And then he shows how research on outgroup bias can be applied to study peoples’ perception of animals. A summary of the key points can be found below. But the entire piece, available for free online, is also worth a read.

Plous describes several factors that serve to dissociate or distance consuming animal products from inflicting pain or suffering. These include the following:

Language: Society often uses euphemisms and terms associated with less controversial practices when referring to animals. For example, hunters and farmers often say “harvest” or “manage” instead of “kill.” And they refer to animals using words like “crop” and “game.” Similarly, people eat “beef,” not calves; “pork,” not pigs; and even “chicken” not “chickens.” As Plous points out, this dissociation extends to areas including the U.S. legal system. The U.S. legal system details animals as inanimate objects. The dissociation also extends to the Dewey Decimal library classification system where books on naming animals are grouped with those on naming houses and ships.

Appearance: Citizens of the U.S. do not like to eat animal products that resemble live animals. As a result, businesses never market animal body parts like the eyes and face or make them available for consumption. Plous also details an article from the fur industry that advises farmers not to use photographs that zoom in too closely on a mink’s face. This is because the mink may appear too cute and cuddly.

Remoteness: Operations that exploit animals—such as slaughterhouses, fur farms, and laboratories—are built far away from the public eye. And most animals exploited within them receive little coverage by media or educational outlets. As a result of this remoteness, public awareness of animal practices is shockingly limited. For example, Plous cites a survey from the 1990’s. The survey found that one in three adults did not know that butter, cheese, and ice cream came from cows.

Socialization: As Plous states, “from childhood, Americans are taught both to love and to consume animals.” But conflict is minimized by telling children that farm animals lead idyllic lives. This can be seen in countless children’s books, television shows, and toys. Children receive similar messages about animals kept in zoos. Plous describes a survey that suggested children were significantly more likely than their parents to rate zoo animals as content. It also suggested that children may even rate zoo animals as happier than their counterparts in the wild. In addition, it seems that many children are simply unaware of how animals are used in society. And that they are unable to identify animals used in common items such as hamburgers and leather jackets.

In the next section, Plous explores the tools people use to “reduce the dissonance between perceptions of themselves as compassionate and the realization that they are hurting animals.” These include avoiding the topic when it comes up, asserting that eating animals is necessary for survival, downplaying their own use of animals, belittling the issue through humor, and claiming that the use of animals causes no more suffering than an alternative.

In addition, some people go so far as to deny that animals feel pain in the same way that humans do. This claim stems back to the French philosopher René Descartes. Plous deems this assertion “particularly ironic given the prominent role of animal experimentation in pain research.” He notes that many nonhuman animals may actually feel more pain than humans. This could be because their senses are often more acute and they rely on sensory information for survival.

Other people take this notion a step further. For example, some argue that not only are animals immune to suffering but also that they actually prefer to be used. Advertisements for smiling dairy cows promote this notion further. Charlie the Tuna—a cartoon mascot used in a campaign in which he was continually disappointed at not being eaten—also promotes this notion. Hunting and trapping are similarly portrayed as beneficial to animals. Perpetrators claim that they are sparing overpopulated species from starvation and disease. But, as Plous points out, there are more humane ways to reduce animal populations. These include efforts to reduce birth rates.

Finally, some people acknowledge that animals feel pain but deny that they are intelligent or self-aware. This claim not only has been proven wrong through research on a variety of animal species but also is inherently speciesist. Plous states that “society does not consume mentally impaired people…quite the contrary…it typically extends extra protection to individuals who are unable to speak for themselves.”

In the final section, Plous compares prejudice against animals to prejudice against human outgroups. For example, he notes that in early U.S. history, many white people assumed that both African slaves and Native Americans had higher tolerances for pain than white people. And society at the time often used slaves for medical experimentation.

There are benefits from making this comparison for those interested in studying prejudice against animals. For example, as Plous states, “if animals are viewed as an outgroup in the same sense that members of another race, religion, or nationality are regarded as an outgroup, then psychological research on intergroup relations may be relevant to how people perceive animals.”

Some research findings that likely apply to animals too include how ingroup members tend to see outgroup members as inferior and more homogenous than outgroup members. This refers to how the act of categorization leads to an overestimation of between-group differences and an underestimation of within-group differences. And it suggests that people give more consideration to others who are perceived as similar to themselves, than to those who are perceived as dissimilar.

Plous states that while the perception and treatment of outgroups also depends on many other factors. He concludes that “the similarity principle suggests that speciesism shares certain psychological features with other forms of prejudice. Because of this correspondence—and because animals are important in their own right—speciesism deserves greater attention than it has heretofore received.”