An Empirical Look At Becoming Vegan

This study details the pathway of individuals to turn vegan and gives a series of recommendations on how to encourage veganism to individuals.
FULL TEXT The full text of this article is available.
Summary By: Faunalytics | This is a summary of an external study | Published: January 15, 2008
Image by Pexels user Pixabay

Examines 12 vegans’ backgrounds and experiences that introduced them to animal cruelty, as well as the process of learning about such cruelty.

This study involved successful and committed vegans, who accepted information about animal cruelty as the truth. Logic was the primary cognitive tool used to process information by these vegans though for some, emotion guided the learning process. For every vegan however, both logic and emotion played a role n the learning process. Openness was a critical characterstic of eventual acceptance. Repression was not adequately addressed, which may be a key factor in why many people hear about animal cruelty but do not act.

Specifically, the learning process on how to become vegan was rooted in the individual’s sense of who they are and how they fit into the world.

The elements identified of the vegan learning process are:

In summary, to enhance vegan educational efforts, this study notes that we should recognize that the path to a vegan lifestyle may be similar across a variety of individual experiences. Second, we need a better understanding of why people repress undesirable or uncomfortable knowledge, as well as why it may resurface at a later time. Third, we need to attend to both the logical and emotional aspects of veganism, recognizing the interdependency of both as well as the variable dominance of one over the other. Fourth, although we should look for signs of openness in the people we talk with, we should not avoid giving information to people who are resistant. Finally, we should always provide for ideological learning as well as “how to” put the vegan ideology into practice. 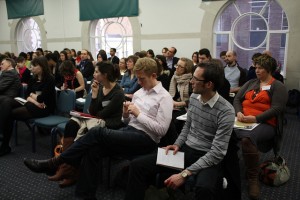