New research shows that maintaining and restoring marine ecosystems with surrogate species can help preserve functional seascape connections.
ABSTRACT ONLY Only an abstract of this article is available.
PEER REVIEWED This article has been peer reviewed.
Summary By: Faunalytics | This is a summary of an external study | Published: June 15, 2016
Photo by Flickr user danieldanielkwok 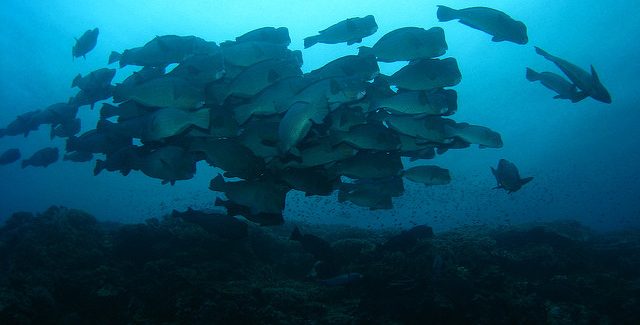 Conservation of marine ecosystems is often focused on maintaining biodiversity and connectivity between marine areas. However, like with other forms of conservation, we often have to make decisions in the absence of critical information. One method of working around this problem is by adopting “surrogate” species that are meant represent a measure of an ecosystem’s function and health. While using surrogates to measure the health of an ecosystem is a fairly extensive and common practice in land-based settings, its use in marine settings is “not as well studied.” Gathering information about marine areas can be a more complex process than getting terrestrial data; researchers may need to figure out how to gain access to “local ecological knowledge and customary sea tenure” to get a complete picture.

This study looked at conservation efforts for the bumphead parrotfish in the Solomon Islands and how local knowledge has been combined with scientific research to create better management outcomes. In this case, the researchers coupled “anthropological surveys with GIS to identify and map key nursery locations” and to identify the most important places to protect. In this case, local knowledge was especially significant because of the “high cultural significance” of parrotfish, which are targeted by fishers and have declined considerably from exploitation. The researchers found that bumphead parrotfish make a good surrogate species by helping protect the connectivity of their habitat. Conserving them could potentially help 17 other species. Somewhat contradictorily, the researchers note that this has “important implications for local villagers because most of these species provide the focus for local subsistence fisheries.” Animal advocates will be more interested in identifying surrogate species for conservation than creating abundant populations for fishing. 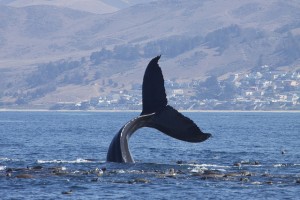 Australian humpback whales have made a great population recovery, to the point that some think their conservation status should be revised.