The paper shows how we can relax anthropocentric assumptions in economics, and how welfare economics can be enriched by incorporating animal welfare.
FULL TEXT The full text of this article is available.
PEER REVIEWED This article has been peer reviewed.
Summary By: Sara Barrueco | This is a summary of an external study | Published: November 27, 2017
Photo by Flickr user sho0414

Traditionally in economics, people base welfare measurements on the anthropocentric assumption that only human well-being has intrinsic importance. This paper challenges this view. And it shows that there are good reasons, both theoretical and empirical, for generalizing conventional welfare analysis to include animal well-being. This is particularly the case when it comes to legislation and regulation.

The paper focuses on the concept of social welfare function (SWF). And it considers different models of competing hypotheses related to different SWFs and their properties. These hypotheses describe different normative views about the weight that should be given to animal suffering per suffering unit, either dependently or independently of the effects on human well-being. The paper also looks at how the notion of Pareto efficiency, a central concept in modern welfare economics, can be expanded by allowing for animal welfare. It examines how we can modify monetary welfare measures—in terms of private and social willingness to pay—when animal welfare enters into the SWF. This reflects the maximum amount people are willing to pay for reduced animal suffering.

The author analyzes these concepts in welfare economic theory and tests how they fare when we introduce animal well-being to the equation. Through this, the author demonstrates that, in principle, it is possible to broaden conventional welfare analysis to encompass intrinsic valuations of animal welfare. This is important because it may have implications not only for the application of welfare economics (in terms of pricing issues or cost-benefit analyses), but also for more general issues concerning institutional arrangements. This is because the motives behind current legislation are not based on the anthropocentric assumption in economics. And they are often expressed in clear non-anthropocentric terms.

The author links the various hypotheses considered in the previous section to the ethical views of the general public. The article draws on a survey conducted in Sweden. The survey measured people’s ethical preferences with respect to the weight that animal welfare should have in public decision-making. The results clearly show that we should reconsider the standard notion in economics (that animal suffering only counts instrumentally). This is because only 3.2% of the respondents chose this option. The most frequent option that the respondents chose was that animal suffering should be considered in a similar way to human suffering. But, a detailed analysis of the survey responses implies that, although people think that animal suffering should count intrinsically, they think it should count less than human suffering.

The author comments on several possible biases in the survey. There are reasons to suspect that the survey-based estimates in this particular study are not very accurate. But, they nonetheless clearly indicate that the standard anthropocentric assumption is problematic. This is at the very least the case if we accept that social decisions should be based on people’s ethical preferences. In any case, future research would be advisable to test the generalizability of the results.

The paper also briefly reviews the history of animal welfare in moral philosophy. The author notes that the majority of philosophers who have expressed their views on the matter also believe that animal welfare should count intrinsically. The dramatic change in the perception of animal welfare and in the interest in animal rights issues that has taken place over recent decades further reflect this view. 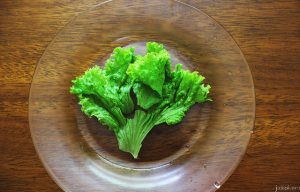 The Unified Model Of Vegetarian Identity

A new theory of vegetarian identity building looks at how being veg can be an all-encompassing part of how someone understands themselves.