North Atlantic right whales are highly endangered. This article explores the options for industry and governments to ensure the survival of the species.
ABSTRACT ONLY Only an abstract of this article is available.
PEER REVIEWED This article has been peer reviewed.
Summary By: karol orzechowski | This is a summary of an external study | Published: November 7, 2015
Photo by Flickr user pennstatelive 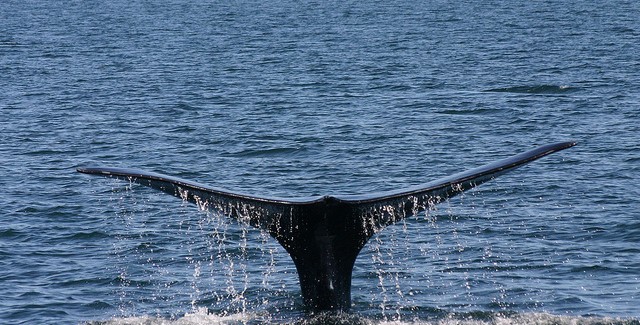 The North Atlantic right whale is a species on the brink. Due to various factors – and despite numerous protections – there are only approximately 500 individuals remaining. This puts them in the “highly endangered” category and makes our efforts to protect them absolutely crucial. There is no positive way to spin this grim situation: right whales need help and they need it now.

One way that humans have attempted to turn the tide of marine animal population declines is through Marine Spatial Planning (MSP). While MSP has been a “promising tool” for ocean and coastal management, it needs to be well thought out and properly applied to be effective. Unfortunately, in the U.S., the term has been misapplied, and a resulting “lack of coordination of management actions and resource use allocation between concerned parties” has led to neglect, and sometimes even complicated or created further problems for species at risk, as groups compete for the use of coastal (and increasingly offshore) space. In other words, without a keen and careful application of MSP principals, implementing the system can actually make the situation worse.

When it comes to right whales, the burgeoning U.S. offshore wind industry may pose “an ideal opportunity to strike a manageable balance between industry and the environment.” Researchers note that “the Atlantic coast of the US is anticipating substantial development with regards to marine renewable energy as the country seeks to reduce its dependence upon fossil fuels.” This is likely to result in shipping pathways being rerouted or disrupted in some way. However, this development could also impact the migratory pathways of right whales, something that might be disastrous given their shaky population. Right whales have already been severely affected by ship strikes, perhaps more so than any other whale species, and further disruption could effectively result in their extinction.

The researchers of this study propose that, “rather than siting offshore wind installations around shipping lanes driven by current ship movements, it may be more beneficial for the right whale to first relocate the shipping lanes outside their distributions where possible (and thus potentially further offshore).” The authors believe that such an action is already mandated under the National Environmental Policy Act and the Marine Mammal Protection Act. Their idea is to effectively create “highways” in the sea, which would represent “a consideration of human safety and an effective ‘claim’ on large areas of ocean for the use by shipping,” but only at the exclusion of the offshore wind industry and other uses (such as right whale migration).

This study also puts forward an alternative suggestion: to create designated wind energy areas off the Atlantic Coast of the U.S. and to relocate shipping lanes around them. This type of planning would allow for “educated placement of wind developments in places where they can be effective both in generating wind energy and in conserving marine environments and species, in particular the right whale.” The researchers note that carrying out this planning would be “the most holistic allocation of marine resources and consideration of environmental impacts in U.S. history.” A lofty goal to be sure, but the question is, of course, are policy makers (and implementers) up to the challenge?

Much of this discussion around MSP and right whales is probably quite far removed from the scope of most advocates’ resources and influence. However, strong groups of dedicated advocates may be able to put pressure on governments in the U.S., Canada, and other countries who use those waters. The researchers note that for this last-ditch effort to work, it will require the “full and equal involvement of all stakeholders” to help the whales and also “limit the economic impacts (or the uncertainty of the extent of those economic impacts) on industry.” Though advocates would not want the focus to be on economics when so much is at stake for right whales, it shows how much the economic juggernaut of Atlantic shipping plays a role in both the decline and potential survival of the whales. We need to be cognizant of ensuring economic viability if we are going to be successful in pushing “all stakeholders” to do the right thing for right whales.