A single class of chemicals - PCBs - may be responsible for the loss of entire populations of orcas. This research report explores the issue.
ABSTRACT ONLY Only an abstract of this article is available.
PEER REVIEWED This article has been peer reviewed.
EXTERNAL STUDY This is a summary of an external study.
Summary By: Owen Rogers | Published: February 14, 2019
Photo by Thomas Lipke on Unsplash

Unlike what some say about wealth, pollution trickles up. A key example of this is tuna: because tuna are predators, they absorb mercury from their prey, resulting in their meat containing a higher amount of mercury than fish that sit lower on the food chain. Sardines, on the other hand, contain fewer pollutants than tuna due to their plankton-based diet. The effects are obviously not contained to tuna, nor are the negative effects solely felt by humans.

Orcas, also known as killer whales, are one of the ocean’s premier predators. Hunting everything from herring to sea lions, these relatives of dolphins are widespread and extremely successful. However, their status as an apex predator means they are also vulnerable to pollution.

This study examined one kind of pollutant in particular: polychlorinated biphenyls, or PCBs. PCBs are organic compounds that were largely used as coolant fluids and electric insulators, but which have been banned in most developed countries for decades now, due to environmental reports about their hazardous potential. However, they are extremely long-lived compounds, and many are still in use. What’s more, the PCBs that have entered the ocean are unlikely to leave anytime soon. They accumulate in ocean biomass – they exist in low levels in plankton and small fish, moderate levels in medium-sized predatory fish, and higher levels in large predators like sharks, pinnipeds (seals, sea lions, etc.), and whales.

Different populations of orcas have different diets. Some eat relatively low on the food chain, focusing on schools of fish. Others eat higher, hunting pinnipeds, sharks, and even other whales and dolphins. The PCBs that orcas consume can affect their immune system, weakening their resistance to diseases. In addition, they can have an effect on reproductive health, and PCBs can be passed from mother to calf.

Researchers looked at many different populations throughout the globe, focusing on their diet and their habitats’ proximity to high-PCB-emitting nations. The researchers used available data on each population’s PCB blubber content and combined it with known effects on reproductive and immune health in order to predict the population’s growth over the next 100 years.

What they found is that killer whales who eat lower on the food chain or live in relatively undisturbed waters have lower blubber PCB concentrations. Those who eat marine mammals or large fish, or that live near highly industrialized waters, exhibit higher concentrations. A reference population that was completely unaffected by PCBs grew by 141% during the 100-year simulation period. Orca populations with low PCB concentrations grew as well, but by 16% less than the reference population (9% if looking at immune effects only).

Meanwhile, those with moderate concentrations were projected to have moderate population growth – 40% less than the reference population (23% if looking at immune effects only). Populations with high levels of PCBs were projected to have significant population declines, with several populations collapsing entirely. Decline or slowing of growth is caused primarily by immune effects of PCBs, which are passed from mother to calf. Since many orcas will reproduce multiple times through their long lives, the effects may take a very long time to disappear. Of additional concern is the fact that low-PCB orca populations often switch to high-PCB diets due to prey availability.

The fact that a single class of chemicals may be responsible for the loss of entire populations of a species should be cause for alarm. The good news is that there is time to blunt the effects: 80% of the world’s PCB supply is yet to be destroyed. The bad news is that few countries are meeting their targets for PCB destruction.

Objectives have been set under the Stockholm Convention on Persistent Organic Pollutants, but this treaty has not been ratified by Israel, Italy, Malaysia, or the United States. Animal advocates should pressure their elected officials, if possible, to exceed their goals set under the Stockholm Convention. Those living in non-ratifying nations should pressure their officials to join with those that have ratified it and pledge to dispose of their organic pollutants in a safe way. Ecological collapse is avoidable, but only if we care to try. 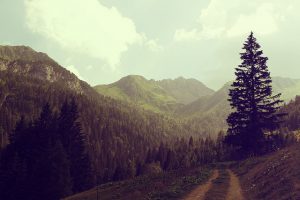 Willingness To Pay For Environmental And Animal Benefits

Consumers show a variable willingness to pay for benefits related to meat, the environment, and water usage. Is the incentive worth it?