What can the United Nations teach us about the possibilities (and limitations) of forming a truly "supranational" animal protection regime?
ABSTRACT ONLY Only an abstract of this article is available.
PEER REVIEWED This article has been peer reviewed.
Summary By: Faunalytics | This is a summary of an external study | Published: July 5, 2016
Photo by Flickr user rinalia 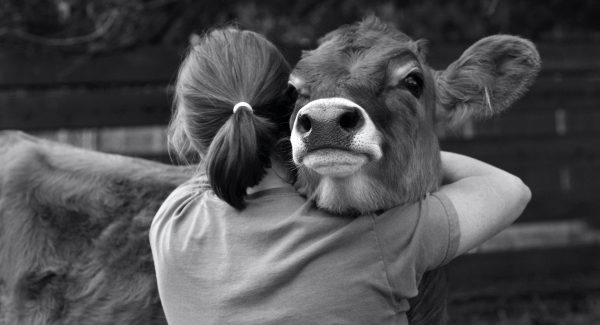 For many animal advocates, there is a sense that the animal protection movement is gaining momentum. Vegan diets appear to be on the rise in many parts of the world and animal welfare issues are making waves across North America, Europe, and beyond. After decades of struggling, advocates see that there is a possibility for something bigger. In that optimistic context, is it possible to bring together international players into a unified “global animal protection regime?” If this is the next step for animal protection efforts, how can animal advocates learn from other movements? These are big questions, but we can look to some examples to start answering them.

In this paper, researchers examined how debates about animal protection impact “both international relations and animal rights theorization.” First, they looked at established animal protection “instruments” (including CITES, TAHC and the European Convention on the Protection of Animals During International Transport. Second, they looked at the “normative aspects” of each of those frameworks; they analyzed how each treats animal “autonomy” and/or “instrumentality.” Finally, they looked at the limits of each model and how they are informed by “the normative divide between animal rights and animal welfare.” The authors then tried to assess the viability of different models, all with the noble purpose of finding out how to best improve the prospects for animals by creating an international animal protection regime.

What they found is either encouraging or discouraging, depending on one’s point of view. Examining CITES, TAHC, and the European Convention, the researchers found that “the global community is capable of regulating animals internationally.” They go further, saying that current trends point to an international regime that is already emerging, with two different types of models leading the way. The first one is the “one favored by industry and government,” which involves an expansion of powers of the World Health Organization (OIE). The second approach, favoured by “animal-concerned citizens,” involves enacting of a kind of “Universal Declaration on Animal Welfare.” (World Animal Net recently put forward a “Model Animal Welfare Act” that seems to cover some aspects of both approaches, which we covered here.) The researchers seem fairly confident that the two approaches will “probably combine into a hybrid regime based on broad objectives articulated by the UN and scientific knowledge provided by the OIE.”

What do these conclusions mean for animal advocates? The authors themselves are astute enough to observe that, “regardless of the form the regime assumes, it is already clear that it is unlikely to suit all types of animal advocates.” They note that “animal rights activists” in particular are least likely to accept either model (or a hybrid) as being able to actually protect the interests of animals. Is this an accurate assessment and are animal advocates really so divided? Again, it may depend on perspective. However, if the authors are correct and an international, consensus-based animal protection regime does come to pass, then having a group of “animal rights activists” continuing to push for stronger regulations will be important to help achieve some semblance of animal liberation.