I Think, Therefore I Am? Self-Identification And Vegetarians

A growing number of people consider themselves vegetarians, but what do they really eat and what does it mean for animal advocacy?
FULL TEXT The full text of this article is available.
PEER REVIEWED This article has been peer reviewed.
Summary By: karol orzechowski | This is a summary of an external study | Published: March 10, 2016
Photo by Flickr user ocularinvasion 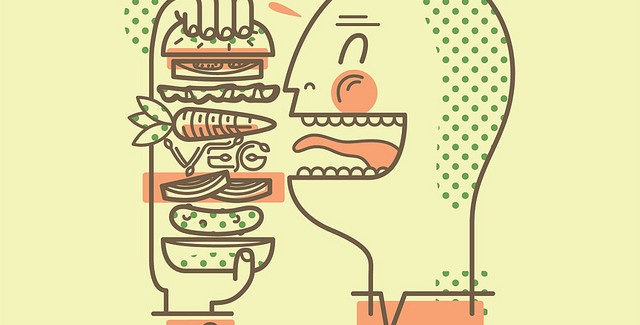 As vegetarian and vegan eating continues an upward trend across various parts of the world, it stands to reason that more people that are interested in identifying themselves with the diet. Additionally, there is a long history of people using a rather loose definition of the term “vegetarian.” Many animal advocates can recount stories of family members thinking that being “vegetarian” could include eating fish or chicken. Although most animal/veg*n advocates might correctly define a vegetarian diet, many members of the general public – including self-identified vegetarians – may not share our definition(s).

This study looks at the phenomenon of self-identification among vegetarians in the United States. Researchers wanted to study what kinds of food self-identified vegetarians actually consume, to better understand links between being vegetarian and various health outcomes: “The main purpose of this study,” they say, “was to compare the types and quantities of food groups and subgroups, as well as the average total energy intake and the number of food items consumed per day.” While this purpose is much more focused on health and nutrition, the research inadvertently shows us that many people who consider themselves to be vegetarians actually consume some type of animal protein as part of their regular diet. Using a combined data set with more than 15,000 respondents, the results reveal just how slippery the term “vegetarian” can be.

Is The Number Of Vegetarians On The Rise?

New veg products… veg options in restaurants… celebrities going veg… The number of vegetarians and vegans is certainly growing. Or is it?

Who Are The Vegetarians?

A first step to targeted pro-vegetarian messaging is identifying who is likely to be receptive to the message. In this blog post, Joseph Millum analyzes a dataset that gives some insight into the demographics of vegetarians in the U.S.