The article discusses the U.K. "Brambell Report" and its influence in world legislation on animal welfare, through the five freedoms it outlines for animals.
Author: karol orzechowski | Published: January 9, 2015
Image by Flickr user Markku Åkerfelt

How is one report into the welfare of farmed animals from fifty years ago still changing laws for animals around the world five decades on?

This year is the 50th anniversary of the 1965 U.K. government-commissioned investigation into the welfare of intensively farmed animals, led by Professor Roger Brambell. The findings of the Brambell Report stated that animals should have the freedom to “stand up, lie down, turn around, groom themselves and stretch their limbs.” This recommendation became known as Brambell’s Five Freedoms. From this, a governmental group now known as the Farm Animal Welfare Council clearly outlined the five “ideal states” for all UK farm animals.

These Five Freedoms are:

1. Freedom from Hunger and Thirst – by ready access to fresh water and a diet to maintain full health and vigor.

2. Freedom from Discomfort – by providing an appropriate environment including shelter and a comfortable resting area.

3. Freedom from Pain, Injury or Disease – by prevention or rapid diagnosis and treatment.

4. Freedom to Express Normal Behavior – by providing sufficient space, proper facilities and company of the animal’s own kind.

5. Freedom from Fear and Distress – by ensuring conditions and treatment which avoid mental suffering.

These guidelines were intended only for farmed animals, yet they have been adopted by NGOs and governmental organisations around the world; professed to provide a comprehensive framework to analyse the welfare of animals across species. This list of ideals has become so iconic that it has also found its way into international policy and national legislation, and a growing number of countries specifically mention these Five Freedoms in their national animal protection laws.

The wording of laws pertaining to animals has generally followed certain patterns around the world. It was previously common for it to be required to prove that an animal has “suffered” prior to an offence being said to have been committed. This meant that action could not be taken to remove the animal from its situation until this was deemed to be the case. This left enforcement authorities unable to act in cases of neglect where the animal’s condition may have deteriorated, but would not yet be classed as “suffering” for the purposes of the legislation. As there is no scientific agreement to measure “suffering,” and due to the complex needs of individual animal species being proven through the developing field of animal welfare science, countries have now started to move away from “suffering” being the only indicator of poor welfare requiring enforcement action.

While a prohibition against causing unnecessary suffering to an animal is still found in animal protection legislation around the world, newer texts often go further. Such laws are more frequently being accompanied by other offences that allow pre-emptive measures to prevent breaches of welfare before an animal has been deemed to reach the point of “suffering.” In many cases, this is a clear reflection of the Five Freedoms and has effectively introduced a statutory “duty of care” on people to look after animals properly and to ensure their physical and emotional needs are met. This allows enforcement agencies to act on the early warning signs of animal neglect and abuse and, in theory, allows the owner to be prosecuted before the animal starts to suffer.

The number of laws and standards regulating and protecting the welfare of animals is expanding around the world. Safeguarding animal welfare by adopting robust national legislation upholds the significance of animals and acknowledges that protecting animals can bring benefits to people in both practical and ethical terms. The fact that the specific wording of the Freedoms have been incorporated into some country’s laws protecting a variety of species shows that they have become standards that the public are expected to meet in relation to the way they treat their animals.

But for legislation to be effective, it must be adequately understood and properly enforced. The public and law enforcers will need to comprehend the Five Freedoms to the same degree. The required legal standards must be precise and cannot be too difficult to adhere to. It is always preferable for the public’s behaviour to adapt to new laws than the numbers of prosecutions to increase in response to a lack of conformity. At present, the Five Freedoms are applied inconsistently across species depending on their use for humans. For example, laboratory animals are likely to be given a lower standard of these Freedoms than companion animals, and both are treated differently than animals kept for farming.

Fifty years on, and the animal protection world is being influenced by the findings of the Brambell Report now more than ever. The little ripple is creating a big wave. As an animal activist, if you haven’t already felt its influence, it is worth educating yourself on the potential impact the Five Freedoms might have one day in your sphere. Legislation protecting animals has been in place for over a hundred years in some countries, yet animal law is a relatively new and developing field. As countries tend to look to one another to replicate the wording of their laws in relation to animals, we should make sure we keep an eye on what is happening around the world and observe how successful the Five Freedoms are in upholding the welfare of animals. 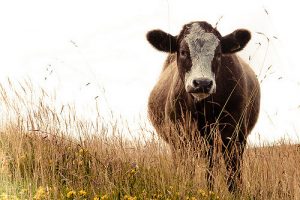 The Science Of Animal Welfare

This article summarizes the ten general principles of animal welfare from the World Organization for Animal Health and the science behind them.