In Canada, lower-income older adults are facing challenges, tough decisions, and even discrimination when seeking homes that allow companion animals.
ABSTRACT ONLY Only an abstract of this article is available.
PEER REVIEWED This article has been peer reviewed.
EXTERNAL STUDY This is a summary of an external study.
Summary By: Celine Icard-Stoll | Published: June 25, 2018
Photo by Multa Media on Unsplash

Many Canadian lower-income older adults are having challenges with housing because they wish to live in affordable independent living facilities with a companion animal. According to this study, these already-disadvantaged adults are facing discrimination through policies that forbid companion animals and are now being forced to choose between losing a family member or losing their home.

In a country where over half of the households are also home to a companion animal, this is a significant issue that deserves attention and consideration. In comparison, the U.S. and France have actually recognized having a companion animal as a basic civil right, with the U.S. implementing protective legislation to the Department of Housing & Urban Development’s assisted housing program. Several other countries have introduced legislation that are in of support companion animals as well. This review, however, found that in Canada, only Ontario has a protection for individuals with companion animals through the Residential Tenancy Act, but the landlords that don’t comply typically don’t face consequences.

The study found that these companion animal policies are being enforced by various bodies of government, nonprofits, and private housing providers. One reason for these rules could be that low-income older adults are viewed as irresponsible because they couldn’t adequately prepare for self-sufficiency and independent living in old age through home ownership. By extension, they are framed as being unable to properly take care of an animal. The response is to implement more discipline, ignoring institutional factors that can drastically shape someone’s life. The housing providers claim to be protecting their residents, but the true outcome is decreased freedom.

The authors underline this injustice by presenting a 2015 case that received national attention: a seventy-five-year-old woman in Calgary, Alberta was evicted from an affordable independent living facility when she got a new kitten companion. Companion animals were forbidden by the facility, and the study noted that Calgary, a city of over 1 million people and over 120,000 older adults, had just one provincially supported facility that permitted cats. Fortunately, she was able to relocate to that facility. Sadly, many other older adults won’t be able to have the same positive outcome.

The authors acknowledge the housing providers’ concerns around allergies, noise complaints, animal neglect/abandonment, and the possibility for property damage, as legitimate worries. However, U.S. providers that permit companion animals haven’t really seen these issues occurring. Even more, residents who don’t even have or want a companion animal are in support of loosening existing policies as long as the animals are receiving good care.

Anyone with a companion animal knows how much enrichment they bring to our lives and how we frequently view them as legitimate members of the family. There’s also research-backed evidence that companion animals improve our cardiovascular health, reduce feelings of loneliness, support good mental health, and can actually be a catalyst for improved relationships with our neighbors. Older adults should be able to enjoy these perks as much as anyone else. We should strive to guarantee the rights of these people – especially those who have faced financial hardships – by advocating for both improving current legislation and implementing new protections. 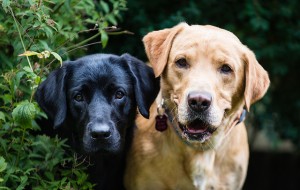 Canadian laws on animal cruelty haven't been significantly amended for many years because of a political tug of war that happens subtly and behind the headlines.