Being Veg Shrinks Your Carbon Footprint and Lengthens Your Life

A study of more than 73,000 participants finds that mortality rates are nearly 20% higher for non-veg folks, and their carbon emissions increase by a third.
FULL TEXT The full text of this article is available.
PEER REVIEWED This article has been peer reviewed.
Summary By: Faunalytics | Original Study By: Loma Linda University Medical Center | Published: July 12, 2015
Photo by Flickr user _sk 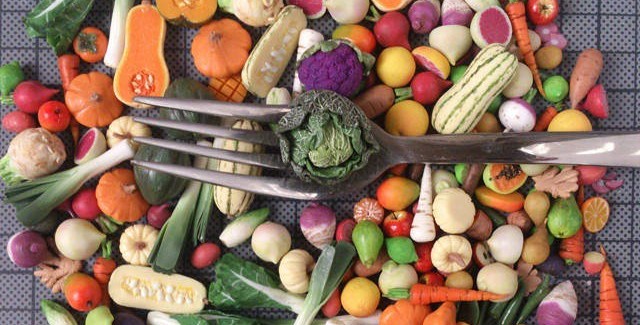 Veg advocates have long known that being veg can be greatly beneficial to your health and can also help to curb your carbon footprint. Now, a massive study examining the diet habits of tens of thousands of Seventh-day Adventists reconfirms these claims.

The study and article, presented at the 6th International Congress on Vegetarian Nutrition, shows that “the mortality rate for non-vegetarians was almost 20 percent higher than that for vegetarians and semi-vegetarians. On top of lower mortality rates, […] the vegetarian diets resulted in almost a third less emissions compared to the non-vegetarian diets.” While we have heard results like these before, the most remarkable aspect of these findings is the sample size: the research drew data from the “Adventist Health Study” which is a large-scale study of the nutritional habits and practices of more than 73,000 Seventh-day Adventists throughout the U.S. and Canada. The study population is “multi-ethnic and geographically diverse,” and, with such a rich and heterogeneous sample, the research is uniquely positioned to present reliable results. “The analysis is the first of its kind to use a large, living population, since previous studies relating dietary patterns to greenhouse gas emissions and health effects relied on simulated data or relatively small populations to find similar conclusions.”

The study authors conclude that, based on this strong sample size and the results it showed, decreasing the consumption of animal-based food is a “feasible and effective tool” for lowering your impact on climate change and the public health system. Study co-author Sam Soret was quoted saying: “The takeaway message is that relatively small reductions in the consumption of animal products result in non-trivial environmental benefits and health benefits.” For animal advocates, this study is one more statistic to help inform the public that veg diets are beneficial on an individual and societal level.

Who Are The Vegetarians?: Part 2

Many who describe themselves as vegetarian also report eating meat. Non-vegetarians often have “meatless” days. How do these groups compare to “true” vegetarians?