The Carbon Footprint Of Dairy Cows

In Australia, dairy production accounts for a significant amount of the agricultural industry's greenhouse gas emissions.
ABSTRACT ONLY Only an abstract of this article is available.
PEER REVIEWED This article has been peer reviewed.
EXTERNAL STUDY This is a summary of an external study.
Summary By: Tor Pothecary | Published: July 12, 2018
Photo by Alberto Bogo on Unsplash

Concern about the effects of climate change has long been driving a demand for research focused on the causes of human-made carbon emissions. It is well-established that industrial agriculture is one of the most significant sources of climate change; the Faunalytics library contains many articles on this very subject.

When considering the most damaging aspects of agriculture, many of us point first to large-scale animal production and, especially, cattle farming. Moreover, we often focus on the negative environmental impact of beef production but ignore dairy. Yet in Australia, farms centered primarily in the southern regions of the nation produce most of the country’s dairy supply—9 billion tons per year; the country imports less than 200,000 tons of dairy annually.

Researchers in Australia, in partnership with the country’s dairy industry, developed a method to measure the carbon footprint of Australian dairy farms. The resulting report brings together details about dairy farms’ carbon emission contribution on a national scale, focusing on the environmental impact of feed production, fertilizer use, methane (from cow manure), and land use. Key aspects of the study included the following:

The average carbon footprint of Australian milk was found to be 1.11 kg of CO2 for each kilogram of fat-and-protein-corrected-milk—more than a 1:1 ratio. Importantly, the researchers also found that 89.8% of the greenhouse gas emissions from farms could be attributed to milk production but only 10.2% to meat production.

This is one of the first nationwide studies in Australia that assesses dairy farms’ contribution to the nation’s overall carbon emissions. While similar reviews exist in the literature, their criteria for and measurement of emissions varies; therefore, comparing their results is misleading because differences are likely due to inconsistent measurement techniques rather than to variations in actual emissions. Developing standard methods to measure carbon emissions across a single industry, as the authors of this study have done, is necessary to make reasonable comparisons.

For animal advocates, this study shows that dairy cannot be ignored as a source of significant carbon emissions. Furthermore, we might consider shifting some of the emphasis on the negative environmental impacts of meat production to that of dairy and all animal production.

Author: Tor Pothecary
Tor Pothecary is a 20-year-old from Britain, who has recently made substantial lifestyle changes to a plant-based diet and animal advocacy. He currently studies International Law and Globalisation at Birmingham University, where he enjoys reading and tries to make a meaningful difference in the world. 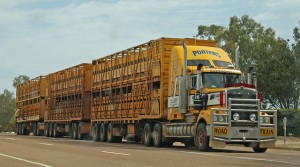