Economic development and urbanisation are two main drivers of meat consumption, but each country's story is different.
ABSTRACT ONLY Only an abstract of this article is available.
PEER REVIEWED This article has been peer reviewed.
Summary By: karol orzechowski | This is a summary of an external study | Published: January 31, 2016
Photo by Flickr user _sk 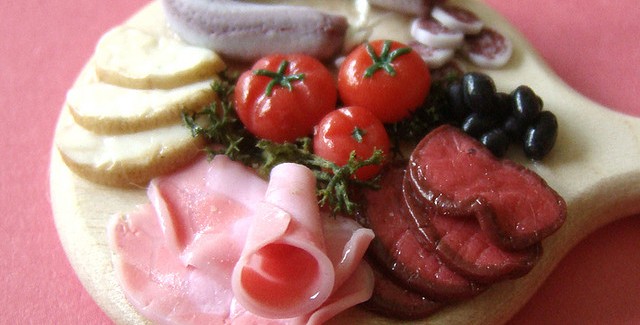 Since the mid-1900s, a large portion of world agriculture has transitioned towards factory farming and intensive agriculture, and global meat consumption has risen as well. Although not every country or context is the same, according to this extensive review, worldwide meat consumption has almost doubled in the last 50 years, from 23.1kg per person in 1961 to 42.2kg per person in 2011. They note that “same is true of proteins from dairy foods,” and that the overall consumption of “animal based protein (ABP)” has risen to a rate that “exceeds needs,” especially in developed countries. They note the tendency of ABP consumption to rise when income rises, as different countries have parallel evolutions when it comes to dietary trends.

From here, the review asks “could it be that [developing countries] will approach the levels of the most developed countries or will they hit a consumption ceiling before that?” This is, of course, a question that is of particular interest to farmed animal advocates. By conducting a “detailed analysis” of data from 1961-2011, the researchers here tried to understand world ABP consumption as well as the underlying trends that propel it. Using quantitative data from United Nations Food and Agriculture Organization (FAO) food balance sheets and “for all countries individually,” they note that these numbers convey ABP distribution. Due to “losses after the distribution stage, these are not quantities actually consumed by individuals.” Still, their research gives us the most comprehensive picture available.

What they found, perhaps unsurprisingly, is that over the course of the study period “the patterns of increase in consumption vary markedly from country to country.” They note that in emerging countries with strong ABP consumption growth, like China and Brazil, the shift can be attributed to urbanization, and how “the change in food supply, related to new forms of distribution (supermarkets, catering outside the home)” has completely changed how people get their food. However, they note that the growth in meat consumption is “not confined to emerging countries,” and that some countries, “especially in Europe have seen their meat protein intakes rise at twice the world average.” Spain, for example, has shifted away from the Mediterranean diet and is “the country that has experienced the greatest upturn in meat consumption worldwide,” though it has been declining in the most recent period.

Overall, the study’s authors note that the “dietary structure” of the world has changed radically in the last several decades, especially in emerging and developing countries. The UN FAO expects this trend to continue for the next 10 years, at an average rate of 1.6% per year, mostly due to increasing income levels. For animal advocates, this may be hard to read but it should also be motivating. The differences between countries regarding why and how they shift their dietary habits shows that context is very important, and so advocacy will be more successful if it is context-specific as well.

It's not just forests that matter when it comes to absorbing carbon in our atmosphere. Other vegetation may store nearly half our carbon emissions.