Plant-based meat is a hot trend, but one that’s here to stay. Young people are leading the plant-based meat revolution across the U.S.
FULL TEXT The full text of this article is available.
EXTERNAL STUDY This is a summary of an external study.
Summary By: Mia Rishel | Published: August 13, 2019
Photo by Daniel Ore on Unsplash

Attitudes towards sustainable diets are changing among U.S. adults, especially in the younger generations. The preferences of Millennials (born 1981-1996) and Gen Z (born 1997-2019) to consume meat alternatives are encouraging long-term growth in the plant-based food category.

Impossible Foods, the plant-based meat company behind the famous Impossible Burger, has been surveying attitudes among U.S. adults with the help of independent research firms. They’ve found that, while taste is consistently consumers’ number one purchase motivator, other motivators have evolved: in their 2019 survey, environmental concern is number 3 on the list of purchase motivators. When the Impossible Burger was first released in 2016, it wasn’t even in the top 10.

Younger generations are more likely to report purchasing plant-based meat because it’s “better for the environment.” The 2019 survey shows that the consumption of plant-based meat has increased across generations, with 20% of Baby Boomers (born 1946-1964) and over half of the Gen Z population consuming it at least once a month.

According to a 2016 study, nearly 90% of Millennials and Gen Xers (born 1965-1980) believe we need to consume less in order to protect the planet for generations to come. This belief is held by 72% of consumers in general. Consuming less also means specifically consuming less meat. When asked if meat is an important part of American culture, 76% of Baby Boomers and Gen X agree, while only 61% of the Gen Z population thinks so. Younger generations are less attached to the idea of meat as a main dish and other foods as side dishes. They are also more likely to spend more on food that doesn’t harm the environment and animals, with 62% of Gen Z and Millennials being willing to do so, compared to only 32% of Baby Boomers.

It’s the younger generations that are fighting to increase awareness of the climate crisis and the loss of biodiversity on this planet. This is reflected in their food and lifestyle choices. It’s important that we embrace this shift in values as we support companies like Impossible Foods in developing plant-based meats that make it easier for meat lovers to make food choices that are better for the planet, and for animals, all while satisfying their cravings.

Impossible Foods (2019). Kids in the kitchen: accelerating the shift to a sustainable food system. Retrieved from: https://impossiblefoods.com/insights/generationaltrends/ 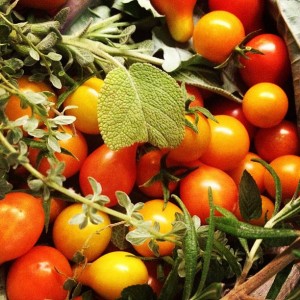