When assessing and dealing with dog bites, how do women perceive themselves, the dogs, and the situation? This article investigates.
FULL TEXT The full text of this article is available.
PEER REVIEWED This article has been peer reviewed.
Summary By: Faunalytics | This is a summary of an external study | Published: May 4, 2016
Photo by Flickr user mckaig 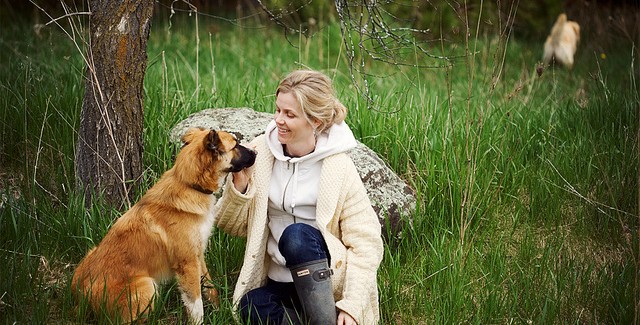 Dog bites are a sensitive issue, and not just because of the direct physical damage or emotional stress they might cause. To say they are a sensitive issue, however, doesn’t quite get at the depth and breadth of it. Dog bites are also a political issue because “high-profile media stories about dog bites capture the popular consciousness and spark highly emotive debate.” Of course, the person who was bitten is not the only one who suffers in these incidents. Biting can lead to dogs being relinquished to an animal shelter, rehomed, or even euthanized. In some regions, “Breed Specific Legislation” has been seen as the solution to dog bites that are perceived to be more of a problem for certain dog breeds, despite mounting evidence to the contrary. There are various approaches to dog bite prevention, but not all of them are appropriate at all times.

Part of the problem in these programs is that our language around dog bite incidents can be slippery. People who are bitten by dogs may not know the difference between aggression, reactivity, and other behavioral factors. This is not to say, of course, that people who don’t understand dog behavior get bitten more often or should get bitten more often. Rather, it means that it may be difficult to assess exactly what happened during a dog bite incident. In this study, the researchers had four primary goals:

1) explore the victim perception of what constituted a dog bite; 2) explore how victims perceive the circumstances and events that led to them being bitten by a dog; 3) examine how the victim regards the dog bite experience in terms of prevention of future bites; and 4) to inform public health policy relating to dog bite prevention and treatment through discussion of findings in terms of the theoretical mechanisms of prevention.

Although the researchers acknowledge that “the retrospective views of the victim are only one part of the story,” they also note that they aren’t seeking an objective truth of these incidents, but rather are trying to understand how perceptions might “inform the likely barriers to prevention.” To do this, they conducted detailed, one-on-one interviews allowing the (human) participants to tell their stories in depth. There were eight participants and all of them were women.

The study was clearly qualitative in nature, but there were some trends that emerged from discussing these incidents with the small sample. All of the participants reported that a bite involved contact between teeth and skin, and that “breaking the skin was unanimously agreed to be more serious than not.” For six of the eight respondents, this was not the first time they’d been bitten. The breakdown of actual incidents was: “2 discussed being bitten by their own dog, 3 by dogs known fairly well to them, and 3 by dogs rarely or never seen before.” Half of the participants had to seek medical attention for their bites. When it came to assessing blame, the researchers found that “none of the participants blamed the dog” and that many of them felt a need to emphasize this perception. Any discussion about blaming the dog was indirect and, overall, “the perception was that the dog was acting on natural instinct and just being an animal.”

The researchers note that the study is limited in ways besides the small sample. They comment that studies involving children would be more relevant because children “represent a significant proportion of hospital presentation of dog bite victims and are often the subject of the most emotive media coverage.” While this study found that many of the participants felt knowledgeable about dog behaviour and blamed themselves for the bites, they did not seem to have enough expertise to stop the bites from happening.

Interestingly, the study authors describe “3 common beliefs recognized as impediments to other injury prevention – ‘it will never happen to me,’ ‘accidents happen,’ and ‘victim blaming.'” As far as recommendations, the researchers say their work highlights “the importance of societal culture and education surrounding living with dogs, in particular regarding recognition and treatment of the early signs that a dog may bite in the future.” For animal advocates, the study shows that people’s perceptions of dog bite incidents is an important aspect of the what happens in the aftermath.

Westgarth, C., & Watkins, F. (2015). A Qualitative Investigation of the Perceptions of Female Dog-Bite Victims And Implications For The Prevention of Dog Bites. Journal Of Veterinary Behaviour, 10(6). pp. 479-488. 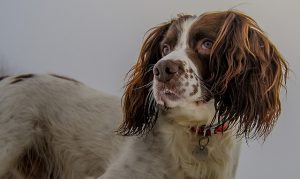 Real or perceived behavior issues among companion dogs can have serious welfare implications, but how well do humans recognize them?