The attitudes of people towards wildlife encompasses individual and social influences. Conservation efforts are more likely to succeed if they encompass both.
ABSTRACT ONLY Only an abstract of this article is available.
PEER REVIEWED This article has been peer reviewed.
Summary By: karol orzechowski | This is a summary of an external study | Published: August 9, 2015
Photo by Flickr user kierrr 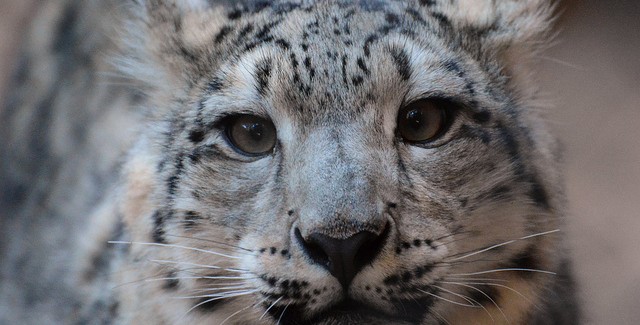 As the global number of humans continues to increase rapidly, the conservation of many species, especially large carnivores, becomes a greater problem. We, humans, tend not to mix very well with wild animals that may pose a physical threat to ourselves or the animals that we farm, so, wherever human populations exist, large carnivores tend to be pushed out or killed. Though conservation laws can protect species to some extent, the effectiveness of implementing such policies depends greatly on the cooperation of local communities. Therefore, if local people are not happy with the presence of large carnivores near their homes and farms, the conservation of these animals is an uphill battle.

Studies around this topic have been carried out in Europe and North America since the 1990s, but little research has focused on Asia, despite it being a continent that has “a history of continued coexistence of humans and large carnivores.” Central Asia, for example, “has a unique faunal assemblage that inhabits land used traditionally by local communities for grazing livestock.” This case study examines the attitudes of local people living in the Spiti Valley of the Indian Trans-Himalaya, part of a Central Asian mountain range, to better understand how they live alongside the endangered snow leopard and the sympatric wolf. The authors note that on any given year, local population may lose anywhere between 3-18% of their farmed animals due to snow leopard and wolf predation, and so it’s a very real problem for these mountain village communities.

The authors found that the opinions of local people towards these carnivores are influenced by a range of diverse and complex factors, the most important of which is the social organization of the human community. To try to understand this phenomenon, the researchers gathered information to show the variation in individual and “village-level” socioeconomic factors, with fascinating results.

In 5 of the 6 villages studies, the villagers were found to have a positive to neutral attitude towards carnivores, “which suggests local people’s attitudes need not always be at odds with wildlife conservation objectives despite high levels of livestock losses to wild carnivores.” The researchers state that this may be due to the prevalence of Buddhism in the study sites, which might positively influence people’s attitude towards conservation more broadly. The villages of Kibber and Langza were two of the sites that experienced the highest losses due to large carnivore predation. Here they found a polarization of opinion — the people of Kibber had the most positive attitude of any site, and Langza had the most negative. This is likely due to a 15-year conservation program that had taken place in Kibber. The paper explains that the program involved “conflict management through a multipronged approach aimed at facilitating wild prey recovery by creating livestock-free areas, sharing and offsetting economic losses due to livestock depredation by large carnivores through a community-run livestock insurance program, and improving the social carrying capacity for carnivores through sustained conservation education.”

Interestingly, not all of the attitudes recorded were positive: all of the villages studied tended to have a more negative opinion of wolves, reflecting a cultural bias against that species. In previous studies, scholars noted that this cultural bias actually meant that local people perceived wolves to be more of a problem, even though the data told a different story. Nonetheless, they found that because of a “high correlation in attitudes toward snow leopards and wolves,” two species that are closely linked in the ecosystem, it is possible that conservation programs aimed at a “charismatic species” like the snow leopard could actually benefit a sympatric carnivore like the wolf.

Overall, the authors note that it is important to recognize that these attitudes, and the action resulting from them, come from “multiple levels of social organization, for instance, from the individual, to the community, to the state.” The most important factors influencing individuals in this study were gender, education, age, and their farming situation. At the community level, the most important factors were the farming situations and village size. These issues are relatively similar to factors affecting the attitudes of people in North America and Europe, though some other aspects such as literacy had more of an effect on the attitudes of mountain villagers. For animal advocates, these findings show that understanding the attitudes and influences of individuals and all levels of society is important. Conservation efforts ought to listen to the needs of individuals and communities, and to try to implement multipronged “conflict management” programs that help to buffer economic losses due to predation. For conservation programs to succeed, they should incorporate the needs of the communities and the individuals that comprise them. 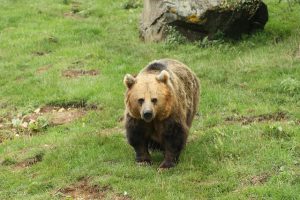