A long term study of European attitudes finds that people have a much more favourable opinion of bears than wolves, depending on local context.
ABSTRACT ONLY Only an abstract of this article is available.
PEER REVIEWED This article has been peer reviewed.
Summary By: Faunalytics | This is a summary of an external study | Published: November 2, 2016
Photo by Flickr user talisen 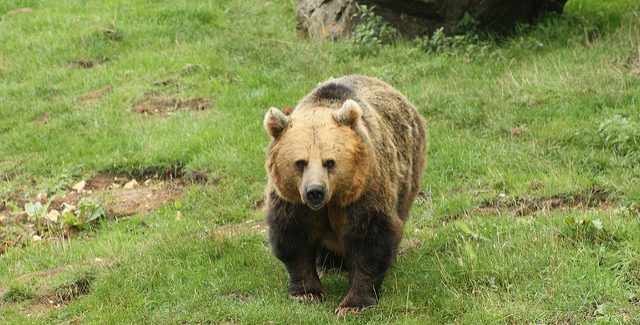 Bears and wolves are animals that inspire ambivalent feelings in Europe. In many regions, they hold a sort of mythical status because of folklore and fairy tales. At the same time, in other areas they are reviled as large, wild carnivores that may come into regular conflict with humans. This negative attitude toward bears and wolves can have real-life implications. The authors of this study note that “negative attitudes toward carnivores can result in illegal killings,” adding an extra layer of risk for populations that might already be threatened.

Furthermore, a human populace with negative attitudes towards certain species is less likely to support conservation efforts for those species. The Large Carnivore Initiative for Europe and the European Union platform on Coexistence between People and Large Carnivores have tried to address such tensions. This includes recognizing that successful coexistence with animals like bears and wolves means making public policies “that account for people’s attitudes.”

The researchers behind this study wanted to better understand European’s attitudes towards bears and wolves, and how those attitudes have changed over time. Not content to just know the attitudes on a surface level, they also sought to determine how the presence of certain species might change attitudes, whether or not they observed transnational patterns in people’s attitudes, and to understand the different “sociodemographic and cultural variables.”

To do so, they analyzed attitudinal research from 105 different sources from 1976-2012, most of them dealing with central/eastern European countries as well as northern countries such as Norway and Sweden. They found that “the proportion of people with positive attitudes toward wolves decreased as the duration of their coexistence increased.” In other words, it’s easier to hypothetically support large carnivores when you don’t have to deal with them directly. It’s therefore not surprising that “100% of the wolf surveys and 87% of the bear surveys” found that people who had experienced damage due to carnivores had more negative attitudes toward them.

For wild animal advocates, the authors conclude that the period when large carnivores return to a given region after being threatened or endangered “is critical for conservation because public attitudes are likely to change once people start coexisting with bears or wolves.” It’s at that time that public attitudes are most likely to start shifting and conservationists need to be cognizant of them. There are a variety of potential roles that animal advocates can play in this process.