Water Use In Animal Agriculture: A Case Study In Austria

Research from Austria shows that animal agriculture is one of the most devastating and water-intensive activities on the planet.
ABSTRACT ONLY Only an abstract of this article is available.
PEER REVIEWED This article has been peer reviewed.
Summary By: Faunalytics | This is a summary of an external study | Published: July 26, 2016
Photo by Flickr user calliope 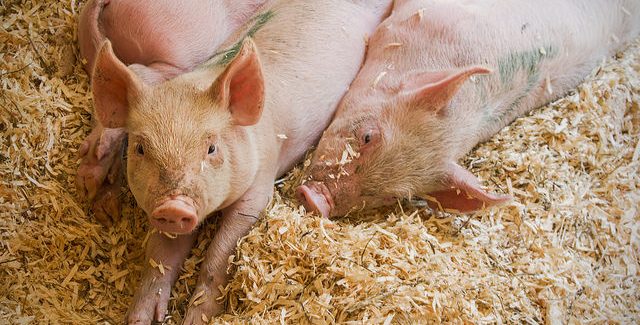 In addition to the obvious ethical implications for animals, farming them for food is clearly harmful to the environment. Air and water pollution, deforestation, and the depletion of natural resources, to name just a few types of harm. This article, published in Sustainability of Water Qualify and Ecology, assesses the impact of plant- and animal-based food production on resource use and environmental contamination in Austria. Incorporating data on agricultural production, imports and exports, food usage and consumption, land use, human population, and emissions, the authors used materials flow analysis to create two detailed systems. The systems were used to trace the flows of nitrogen and phosphorous, two limited resources that are used as fertilizer for plant crops and animal feed.

The authors found that animal-based food only delivers a third of the population’s energy demands in Austria. However, its production and consumption use more resources and have a much larger environmental impact than those of plant-based food. Specifically, they found that 71% of nitrogen input and 58% of phosphorous input is used for animal husbandry through the production of fodder (animal food), while the rest is used for plant-based production and non-food crops. They also found that the majority of land available for farming in Austria is needed for the generation of animal-based food products. Animal farming is responsible for 87% of the total food production water footprint. Animal husbandry and fodder production were also responsible for 46% of the nitrogen emissions and 28.5% of phosphorous emissions in all surface water in Austria. Plant-based production was found to be responsible for 6.2% and 3.2% respectively.

In conclusion, the authors state, “our analysis shows that animal husbandry has a severe impact on resource consumption and the aquatic environment in Austria.” They recommend that Austrians shift from meat-heavy consumption to a more balanced diet that would “not only improve the health status of (the) Austrian population, but also significantly reduce environmental pressures.” For animal advocates, the paper provides additional and highly-detailed evidence of the harmful environmental impacts of animal-based food production. It also underscores the wide gap in resource usage and pollution between animal- and plant-based foods.