Veg*nism And Whiteness: A Lasting Stereotype

If you are veg*n, you are most likely white — at least in the minds of U.S. adults. This stereotype is a problem and shows that our messaging needs to be more inclusive.
FULL TEXT The full text of this article is available.
PEER REVIEWED This article has been peer reviewed.
EXTERNAL STUDY This is a summary of an external study.
Summary By: Sara Streeter | Original Study By: Rosenfeld, D.L., Brannon, T.N., & Tomiyama, A.J. (2022) | Published: January 2, 2023
Photo by Valiant Made on Unsplash

Picture a person selecting a package of veggie burgers at a supermarket or plucking a container of silken tofu from the fridge. What race is the person in your imagination? For many people in the U.S., the “prototypical” veg*n is white. And yet almost four in 10 U.S. residents are not. Thus, it’s important to understand how racial stereotypes of veg*nism endure, and how they affect current and aspiring Black veg*ns.

Vegetarianism is not new, and it wasn’t always associated with being white. At least 2,000 years ago, Greek philosophers espoused the dietary pattern. Many of the oldest cultures around the world follow a mostly meatless regimen. It’s also part of several religious traditions including Buddhism and Hinduism. The word “vegetarian” itself was coined in the 1830s, and “vegan” in the 1940s. The use of these terms likely created greater social significance for those who called themselves veg*ns.

Today, being veg*n implies a higher socioeconomic status. Those with greater economic security are free to choose which foods to consume. They have easy access to stores selling fresh produce and meat substitutes. In contrast, low-income areas (which, in the U.S., are disproportionately populated with BIPGM residents) suffer from a dearth of supermarkets and an excess of fast food chains where meat is a default choice. Thus, veg*nism has become conflated with whiteness.

To better understand the association between race and veg*nism, researchers in this study conducted four experiments. First, they tested the association between veg*nism and four racial groups: Black, Latinx, Asian, and white. A survey of 1,853 U.S. adults showed that respondents, regardless of their own race, associated veg*nism most strongly with white people, followed by Asian people. Veg*nism was associated least with Latinx and Black people. As such, the authors argue that perceptions of veg*nism and whiteness remain strongly fixated within U.S. culture.

Next, they examined the explicit and implicit associations of veg*nism and race among a sample of white versus Black respondents.  To do this, they surveyed a racially balanced sample of 386 white and Black U.S. adults. Participants were asked for their perceptions of veg*nism and race. They were also shown a series of words associated with Blackness, whiteness, veg*ns, and meat-eaters and asked to pair similar words together. Implicitly, veg*sm was more strongly associated with white people regardless of a respondent’s race. Explicitly, though, meat-eaters linked veg*nism more to white people than did participants who self-reported as veg*n.

In the third study, the researchers explored Black participants’ views of the race-veg*nism association — specifically, how salient their own race was to their identity, and how this affects their willingness to go veg*n and their feelings of belongingness within the veg*n community. For this study, 403 Black U.S. adults were asked what it meant for them to be Black, what race they associated with veg*nism, or both. Then they were asked about their intentions and feelings regarding veg*nism and the veg*n community. When reminded of their race, Black people indicated significantly fewer feelings of belongingness in the veg*n community. As such, the authors argue that the enduring stereotypes of whiteness in veg*n spaces may be excluding members of the Black demographic.

Finally, the researchers compared the effects of racially inclusive versus stereotypical messaging on Black participants’ interest in veg*nism and sense of belonging in the veg*n community. 592 non-veg*n Black adults viewed a slide show endorsing veg*sm. One show included images of only white people while the other included both white and Black people. Both slideshows discussed the health and environmental benefits of veg*n diets. While interest in becoming veg*n wasn’t statistically higher for those shown racially inclusive messaging, such messaging did improve feelings of belonging.

Unfortunately, this study suggests that veg*sm remains very racialized in the minds of U.S. adults. For animal advocates, this has ominous implications. People usually won’t join a group or a movement where they don’t feel welcome. Likewise, people may be more likely to lapse from their veg*n diets if they don’t feel a strong sense of connection with the community. We must do our part to make sure our messaging is inclusive to all races, in addition to highlighting the many BIPGM-led veg*n organizations that exist to serve non-white communities. Once we’ve done the work to make non-white veg*ns feel more included, we need to provide ongoing support to make sure they have the resources they need to flourish. 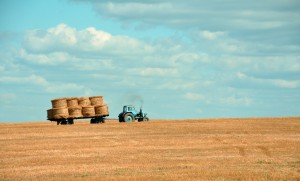