The European Union has strict regulations about animal welfare during transport, but lax enforcement and poor data collection practices limit their effects.
FULL TEXT The full text of this article is available.
PEER REVIEWED This article has been peer reviewed.
EXTERNAL STUDY This is a summary of an external study.
Summary By: Ozy Frantz | Original Study By: Bachelard, N. (2022) | Published: September 27, 2022
Photo by Andrea Lightfoot on Unsplash

In 2019, over 1.6 billion farmed animals, excluding fishes, were transported alive across the European Union (E.U.). They were transported mostly for slaughter, fattening, and breeding. Live transport can harm animals, especially if the animals are transported a long distance. Animal advocates should be concerned about live animal transport.

Currently, Council Regulation (EC) No 1/2005 regulates the transport of live vertebrate animals in the European Union. It requires that animals are fit for transport; that the means of transport, loading, and unloading the animals are suitable; that trained staff handle animals; and that animals receive enough space, food, and water during the journey. Regulation 1/2005 covers all animals from the E.U., even on parts of their journeys that aren’t in the European Union.

From 2009 to 2015, the E.U.’s Food and Veterinary Office carried out forty audits of live animal transits in its member states. On land and within the E.U., most entities transporting animals follow Regulation 1/2005. However, many don’t comply when they’re outside of E.U. borders or when they’re at sea.

From 2017 to 2018, the Food and Veterinary Office audited the Turkey-Bulgaria border, where they found that many transporters don’t comply with Regulation 1/2005. In particular, they often expose animals to very high temperatures. In the summer on the border, temperatures may exceed 30 degrees Celsius, the highest allowed by law. Because the border is very busy, sometimes animals stay there for days. In recent years, more member states have banned exporting animals to Turkey or North Africa in the summer or during heat waves.

Some evidence suggests that people are most likely to break Regulation 1/2005 by transporting unfit animals. Injured animals arrive on a daily basis at slaughterhouses. The regulation doesn’t define what is meant by “fitness for transport,” so it may be hard to follow the rules. Farmers, drivers, and veterinarians may not know how to tell whether an animal is fit for transport. The author of this paper argues that the European Commission should improve training on this subject.

Other ways that people break Regulation 1/2005 include overcrowding animals and not giving them enough breaks during transport. Sea transports often have untrained staff and few plans for when the loading of animals goes awry. Many ships carrying animals are old or otherwise unsuitable for carrying animals. Inspectors sometimes allow ships to transport animals even when they aren’t compliant with E.U. law.

The data on how Regulation 1/2005 affects animal welfare is limited and not very reliable. Data on animal transport is usually only available on a very local level. If a journey crosses multiple member states, it must be reported to TRACES (the Trade Control and Export System). Reports to TRACES often leave out a lot of important details, such as details about the animals transported and whether the journey was limited as much as possible. Almost half of TRACES reports are irregular or not completely filled in. TRACES is not open-access or transparent. At the same time, regulators don’t know how common certain violations are. For example, they don’t know how often people loading animals use electric prods, even though electric prods are forbidden.

Finally, Regulation 1/2005 doesn’t cover all potential welfare problems. Long journeys harm animals. Between 2009 and 2015, the number of long journeys doubled, a larger increase than short journeys. However, the regulation doesn’t limit long journeys, and it doesn’t account for all animals’ needs. For example, it doesn’t require enough space for unweaned lambs. SImilarly, it requires that all animals be fed before transport, which harms fishes by reducing the water quality in their tanks. Regulation 1/2005 doesn’t apply to invertebrate animals, who also need protection during transport.

Regulation 1/2005 was a step forward for transported animals. However, enforcement is sometimes lax, especially outside of the European Union, at sea, and on the Turkey-Bulgaria border. The author recommends several ways that the situation can be improved. First and foremost, live animal transports should be banned, as they have proven to be detrimental for animal welfare. Until this is achieved, it’s important that inspections take place more frequently, that stronger protections are in place to ensure unfit animals are not transported, and that maximum travel times are reduced for all species. Finally, Regulation 1/2005 should cover all transported animals, including aquatic invertebrates. These are areas where animal advocates can get involved to make a difference for billions of animals. 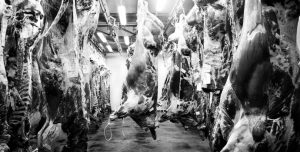 How We Punish Cruelty To Farmed Animals

In the U.S., state and federal laws are supposed to protect farmed animals from egregious abuse. Are they doing enough, and if not, how do we improve them?