Animal Transport Standards May Be All Wrong

This study shows that unloading farmed animals for breaks during long distance transport does not negatively impact welfare, and 8hrs of rest may not be enough after a 29hr trek.
ABSTRACT ONLY Only an abstract of this article is available.
PEER REVIEWED This article has been peer reviewed.
ANIMAL RESEARCH This article involves research on captive animals, which Faunalytics opposes.
Summary By: karol orzechowski | This is a summary of an external study | Published: November 6, 2015 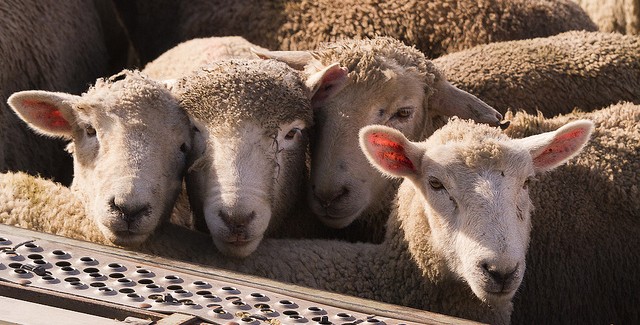 In Europe, as well as in the U.S., animals used for food can be transported by rail or truck for up to 28 hours before drivers are required to ensure they have a rest period. To advocates, these breaks are necessary to give animals some respite from confinement, dehydration, and hunger. But farmers and transport companies have argued that the time limits are onerous and that providing a rest period can pose even more animal welfare problems than it solves. To test this claim, a team of researchers in Europe tracked three groups of sheep: one group was transported and provided a full break, including unloading; a second group was transported without being unloaded for a break; and a third control group was not transported.

The findings reveal that unloading and loading animals for a break from long distance transport does not lead to additional welfare problems. In addition, the study shows that providing eight hours of resting time is probably insufficient. All of the sheep that were transported had significant signs of animal welfare problems when compared to the control group, including loss of weight, dehydration, and muscular stress. The authors state that “it is possible that 8 hours of resting is not enough for ewes after 29 hours of transportation… there is no clear advantages (sic) in terms of animal welfare for avoiding the unloading and loading of the animals.” 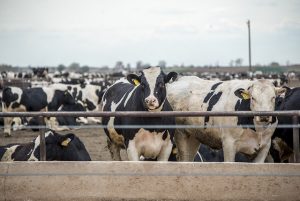 While feedlots may provide more space for cows to roam, they can also cause other, potentially negative animal welfare outcomes.