The State Of The Union Of Animal Law In The U.S.

Creatively using current law isn't enough to push animal law to the place where it needs to be. We need to advocate for stronger laws overall.
FULL TEXT The full text of this article is available.
PEER REVIEWED This article has been peer reviewed.
Summary By: Karol Orzechowski | This is a summary of an external study | Published: February 6, 2016
Photo by Flickr user usfwsmtnprairie 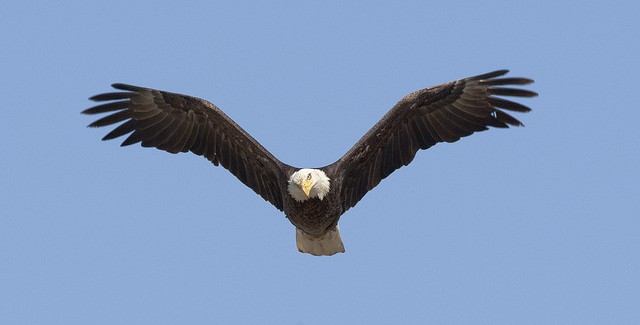 As a distinct field, animal law is believed to have started in the 1970s and has grown significantly since then. While laws related to our use and abuse of animals have changed over the past four decades, societal views about our relationship with animals have changed as well — arguably for the better. However, advancing the interests of animals in the legal environment has faced significant challenges, such as the surveillance and punishment of advocates through the Animal Enterprise Terrorism Act, or so-called “Ag-Gag” laws. Likewise, the current legal status of non-human animals as personal property limits the impact that new laws (or changes to existing laws) can have to benefit animals.

This article looks at how animal advocates can creatively use traditional areas of law — tort, criminal, and constitutional — to protect animals, along with federal and state statutes. It gives examples of how such strategies have been employed throughout the country. The author notes that the US Constitution does not provide any protection for animals. However, animal lawyers have tried to creatively apply constitutional protection to animals; in 2012 PETA filed a lawsuit on behalf of five orcas living at Sea World, for violating their 13th Amendment rights to be free from slavery. In that case, the judge ruled that the 13th Amendment only applies to humans and dismissed the case for lack of subject matter jurisdiction. While some states are amending their constitutions to provide new protections for animals, other states are amending their constitutions to protect human activity that harms animals (such as hunting rights).

The author notes that there is no federal law that prohibits mistreatment of animals. Congress has instead enacted several federal laws that aim to protect some animals in some situations, such as The Animal Welfare Act (AWA) that deals with the use of animals in labs or exhibitions. Unfortunately, The US Department of Agriculture’s (USDA) current interpretation of the AWA exempts approximately 95% of animals used in research, namely, the rats and mice that are used in the millions. The only federal law regulating the treatment of animals used in food production is The Humane Methods of Slaughter Act (HMSA), which again is riddled with exceptions; for example, the USDA, the agency in charge of implementing HMSA, excludes chickens from the “livestock” category, so they aren’t covered. Again, it may be surprising, but there is no federal anti-cruelty law besides the one that bans animal fighting operations: the Animal Fighting Prohibition Enforcement Act of 2007.

Zooming in from the federal level to a local level, the report notes animal cruelty is addressed by each individual state. However, most state anti-cruelty laws exempt farmed animals from the law’s protection, resulting in virtually no legal protection for farmed animals at the state level. The USDA is the only federal agency in charge of making policy and regulations about the treatment of farmed animals. Unfortunately, the responsibility given to the USDA by the federal government is problematic because there’s a fundamental conflict for the USDA to oversee slaughterhouse regulation when it’s also the agency whose purpose it is to promote economic opportunities for farmers.

Common law torts may be used to redress the injury or death of a companion animal. In other words, if someone or something injures your companion, you may be able to seek financial compensation for your losses. This strategy, however, is based upon the classification of animals as personal property, and tort law has typically limited the claims of pet guardians/owners to “fair market value” as a measure of damages. Some courts have used “value to the owner” in order to increase the value of the judgment in favor of an injured pet. Animal advocates have tried to creatively use false advertising laws to expose the treatment of farm animals. In some cases, environmental laws have even been used indirectly to help animals, especially when it comes to the interaction between factory farming and pollution.

Animal law practitioners — and animal advocates — may be able to make incremental gains by continuing to creatively use all aspects of the law to address humans’ treatments of animals. However, as this survey of the legal landscape for animals in the US shows, there’s still a long way to go. Creative and novel precedents may not necessarily be enough to help the vast majority of animals used for food, companionship, science, or wildlife. To make more substantial progress, animal lawyers and advocates will also need to continue pushing for changes in public opinion, which in turn can influence the legal protection available to animals.