Researchers are trying to develop a "human approach test" that will help to measure the human-animal relationship in shelter cats. Early results are in.
ABSTRACT ONLY Only an abstract of this article is available.
PEER REVIEWED This article has been peer reviewed.
Summary By: Faunalytics | This is a summary of an external study | Published: March 9, 2017
Photo by Flickr user rupiezum 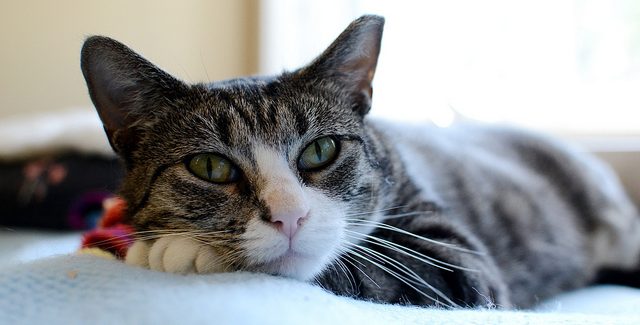 How people behave toward animals is greatly influenced by their attitudes toward those animals. Previous studies have shown that when people working with animals have more positive attitudes toward those animals, they treat them better. The animals then, in turn, show less fear toward humans. Researchers have conducted such studies for the purpose of investigating the welfare of farm animals and shelter dogs. This article, published in Applied Animal Behaviour Science, is the first study to investigate the relationship between cat behavior and the attitudes of shelter staff toward cats.

The researchers measured cat behavior using a “human approach” test. They used a questionnaire to assess staff attitudes at 30 animal shelters in Austria. During the test, an experimenter walked slowly toward the chosen cat and presented his or her hand. If the cat did not withdraw, the researcher categorized him or her under “contact possible.” If the cat withdrew or displayed aggressive behavior, the researcher categorized him or her under “no contact possible.” On the questionnaire, staff responded to statements about their attitudes and behaviors toward the cats in their shelters. They also answered questions about their perceptions of shelter work.

Overall, the researchers found no consistent relationships between the attitudes of shelter staff and the number of cats allowing contact with an unfamiliar person. This indicates that the test is not an appropriate tool for measuring human-cat relationships in shelters. But, the experiment has shed light on relationships between attitudes, behavior, and experiences of shelter staff. For example, staff members showing more negative thoughts about cat characteristics reported lower emotional support by cats. And they felt less comfortable during interactions with them. The opposite was true for staff showing more positive thoughts about cat characteristics.

The number of negative thoughts about cat characteristics also correlated with using more forceful handling of cats. And it correlated with reports of shelter work as stressful. Perceiving work as more pleasant was connected to feeling more emotional support from cats, to feeling more comfortable during interactions with cats, and to a higher likelihood of interactions with cats. Plus, being older and having worked a longer time in the shelter correlated with higher scores on calm and predictable handling. These factors were also connected to perceiving work as pleasant.

The researchers also found that cats were less willing to have contact with a researcher in shelters where the current population had a longer average stay. The same trend was found in shelters where cats were considered difficult to rehome. These trends were found by comparing the results of the approach test with the shelter environment.

On the other hand, cats were more willing to have contact with a researcher in shelters with a larger maximum space allowance per cat in indoor housing. This was also the case in shelters where there was at least one hiding place per cat in the outdoor housing. Additionally, more frequent provision of fresh water and more frequent cleaning of food bowls were related to an increased number of cats showing contact behavior.

Many of the study’s findings on the attitude and behavior of shelter staff will likely not come as a surprise for animal advocates and shelter workers. But they are worth reiterating. In particular, the authors recommend that shelters consider selecting staff who own or desire to own a cat. This is because the results “suggest that positive interactions may be promoted by viewing cats in a positive way.”

The authors note that “giving staff the opportunity and time to interact with the cats during cleaning might benefit satisfaction and welfare of staff and cats.” The authors also state that their findings—showing that a higher frequency of care, a larger indoor space, and the presence of hiding boxes encourage human-cat interaction—support those from previous studies. Finally, they suggest that the simple approach test used in the study could “serve to identify cats that need special attention to improve their chances of adoption.”

Arhant, C., & Troxler, J. (2016). Is There A Relationship Between Attitudes Of Shelter Staff To Cats And The Cats’ Approach Behaviour? Applied Animal Behavior Science, In Press. 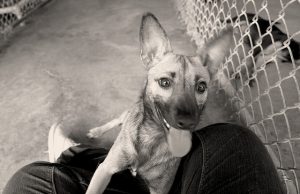