Having shelter caretakers with a positive attitude towards dogs is important for shelter dog welfare, and by extension, their ability to be adopted.
ABSTRACT ONLY Only an abstract of this article is available.
PEER REVIEWED This article has been peer reviewed.
Summary By: Mona Zahir | This is a summary of an external study | Published: April 24, 2017
Photo by Flickr user petsadviser-pix 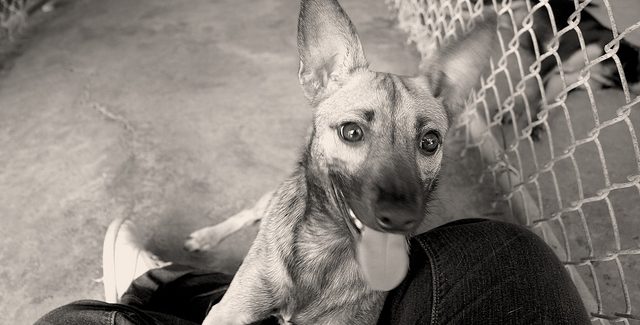 Since dogs are domesticated animals, their relationships with humans have a large impact on their overall welfare. A dog’s approach behavior (how the dog reacts towards a stranger human who is approaching in a non-threatening way) may therefore serve as an indicator of this relationship and of the dog’s welfare. Approach behavior is especially important for shelter dogs, whose level of willingness to meet strangers affects their chances of finding a home.

This study, published by Elsevier in the journal of Applied Animal Behavior Science, looked to assess how well an approach test actually evaluates dog welfare in terms of giving results that are both stable and valid. As part of the study, experimenters visited 29 different shelters to test a total of 520 dogs. Dogs who reacted to a non-threatening stranger’s approach with non-aggressive curiosity were categorized as “contact possible” whereas dogs who reacted by hiding, ignoring the stranger, barking or growling continuously, or attacking were categorized as “no contact possible.” In addition, staff at each shelter filled out a survey answering questions related to their attitude towards their work and towards dogs. The authors wanted to see how the shelter staffs’ attitudes impacted the approach behavior of the dogs at their shelter.

The conclusions of the authors are as follows: Having caretakers with a positive attitude towards dogs appears to be important for the dogs’ welfare. This is especially true since people with negative attitudes towards dogs tend to agree more with coercive handling methods, which previous studies have found lead to more aggressive and fearful dogs. As for the use of approach tests to assess welfare, the authors conclude that the approach test gives stable results. However, validity is a problem since high approach behavior can be an indicator of either low or high welfare. The authors therefore suggest a combination of approach tests with other measures to assess dog welfare. 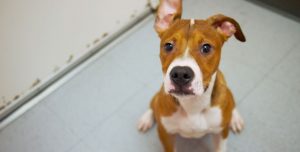 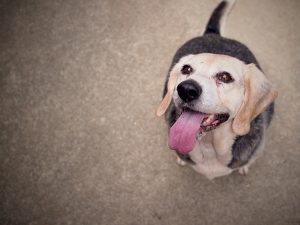