The Science Of Animal Welfare

This article summarizes the ten general principles of animal welfare from the World Organization for Animal Health and the science behind them.
ABSTRACT ONLY Only an abstract of this article is available.
PEER REVIEWED This article has been peer reviewed.
Summary By: Faunalytics | This is a summary of an external study | Published: September 27, 2016
Photo by Flickr user ciren 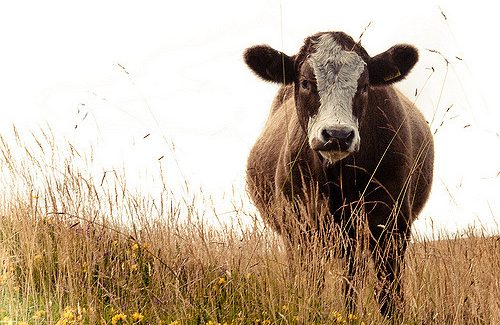 Animal welfare science is a relatively new interdisciplinary field of study, dating back to only the 1970s in the U.S. The field first emerged in Britain a decade earlier as the public there grew increasingly concerned over the living conditions of animals in intensive production systems. Early research in the field looked primarily at animal behavior and “stress physiology,” but then quickly began to incorporate other fields.

These have included “veterinary epidemiology, environmental physiology, environmental design, comparative psychology, and studies of the behavior of animal handlers, along with conventional fields such as nutrition and microbiology.” Initially, much of this research was intended to solve problems specific to factory farming systems. However, scientists soon noticed that the research methods and findings could be applied to animals in a variety of production systems.

Using key findings from this research, the 178 nations that make up the World Organisation for Animal Health (known by its French acronym, OIE) met in 2012 to create guiding principles for the development of welfare standards in all farmed animal production systems. The list of ten principles is as follows:

It’s worth mentioning that the goal of the principles is to improve production practices and, consequently, minimize animal suffering, but not to eliminate confinement systems. That said, many of the principles are sensible first steps towards better lives for animals on farms, and some industries and companies are working towards them. However, a couple of the principles are so forward-thinking (like principles one and nine) that they are worth special mention.

For the first principle, the authors note that genetic selection has been devastating for animals and that the genetic focus on “extreme production” has resulted in traits that “impair normal biological functioning” in virtually all farm animals. They note that good animal welfare depends on a match between animal genetics and their environment. In factory farming systems, this balance is profoundly lacking.

For animal advocates, principle number nine is likely the most significant and perhaps even the most controversial. The idea that a positive relationship between humans and animals can be fostered in animal production systems is not one that we’re used to hearing. The authors point to the stress-reducing potential of good handling and the ways that physical force and electric shock—two common ways that animals are handled on farms—can increase stress and hurt animals. This principle is significant because it is not tied to actual production mechanisms.

Moreover, the broader implication is that animal handlers need to take responsibility for more than just an animal’s biological health. The emotional well-being of animals, which is greatly impacted by their relationship with human caretakers, is equally important. The ten principles outlined by the OIE ask us to reevaluate our responsibility towards and relationships with farmed and “production” animals. 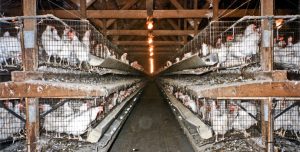 Letting Chickens Be Chickens: A Review Of Housing Conditions

Battery cages are unsuitable for most of chickens’ natural behaviors, which rely on abundant outdoor space as well as nesting areas and sleeping perches.