Normalizing the Unthinkable: The Ethics of Using Animals in Research

Despite years of advocate opposition and growing concern from the general public, animal experimentation remains an entrenched part of most of the scientific establishment. This publication from the U.K., prepared by Oxford Centre for Animal Ethics, looks to challenge the practice of animal experimentation from every angle: scientific, financial, institutional, and ethical. The paper brings together a plethora of sources into one comprehensive document that argues that animal experiments are ethically unsupportable and create bad science.
FULL TEXT The full text of this article is available.
Summary By: karol orzechowski | This is a summary of an external study | Published: May 1, 2015
Image by Flickr user Understanding-Animal-Research, under Creative Commons License

Despite years of advocate opposition and growing concern from the general public, animal experimentation remains an entrenched part of most of the scientific establishment. This publication from the U.K., prepared by Oxford Centre for Animal Ethics, looks to challenge the practice of animal experimentation from every angle: scientific, financial, institutional, and ethical. The paper brings together a plethora of sources into one comprehensive document that argues that animal experiments are ethically unsupportable and create bad science.

“Animal experimentation generates public and political concern worldwide,” begins this report from the Oxford Centre for Animal Ethics. The paper “offer[s] a new assessment of the central ethical issue, namely whether such experiments can be justified morally.” It is a clear from the beginning of their report that ethical considerations are at the forefront, however, for many people, deciding if animal experiments can be “justified morally” is inextricably linked to whether they feel those experiments are scientifically valid. The paper examines the many common practices that much of the general public, and even scientists, find abhorrent, yet have become accepted procedures in science. Focusing specifically on the U.K., the authors note that “[the UK] is often held up as a model for how animal experimentation should be regulated. […] In order to avoid any accusation of bias, we have therefore tried to focus on the country that many scientists themselves apparently believe to exhibit ‘best practice’.” As they describe it, however, the picture of animal research in the U.K. is not as bright as some might make it sound.

As the title suggests, most of the report focuses on how many practices considered to be ethically problematic have been normalized by the larger animal experimentation complex. The authors go through various levels of analysis, from looking at the philosophical debate around animal sentience, to the utilitarian justification for using animals in science, and a detailed look at the government body regulating animal research in the U.K. Ultimately, they note that, despite a whole host of clear reasons to oppose animal experimentation, “there remain many people who believe that the best, perhaps the only, way of securing the protection of animals in laboratories is through more legal controls and better regulations.” From here, they provide five examples, going through “inspection, licensing, supervised self-regulation, the Three Rs, and care and ethics committees.” At all of these various levels, they find that “normalisation is reinforced by the massive institutionalisation of animal experiments through (i) legislation; (ii) institutional and establishment thinking; (iii) public and private funding; (iv) the partiality of the media; and (iv) the language of experimentation, which obscures, justifies, exonerates, and minimises what actually takes place in laboratories.” It is a thorough damning critique of animal experimentation and its related industries, which the report finds complicit in “moral stagnation and resistance to change. We cannot avoid the conclusion that animal experimentation represents the institutionalisation of a pre-ethical view of animals.”

The normalization of ethically troubling practices, and the lack of scientific justification for them, means that the entire foundation of animal experimentation is shaky at best. Early in the paper, the authors note that “if animal experiments can be effectively regulated, then the UK– with its detailed laws, licensing procedures, inspectorate, and ethical review committees – ought to achieve this.” However, as noted above, there are countless examples of government and institutional committees being unable to meaningfully assess and regulate the industry. Overall, the report is a clarion call for scientists, government, and the general public to demand serious reform, or abolishment of animal experimentation. Considering that the U.K. is supposed to be one of the “best” countries at carrying out animal experiments, the findings can easily be applied to other countries considered to not be as strong in terms of regulation and oversight. For advocates, this paper is an invaluable resource, and despite being U.K.-specific, the ethical and philosophical foundation of its findings can be applied globally.

Original Abstract:
Each year millions of non-human animals (hereafter ‘animals’) are used in research. Animal experimentation generates public and political concern worldwide. In this report, we offer a new assessment of the central ethical issue, namely whether such experiments can be justified morally. There have been some recent reports in the United Kingdom (hereafter ‘UK’) that address the ethics of our use of animals in research, notably the Review of Cost-Benefit Assessment by the Animal Procedures Committee (2003), the Select Committee of the House of Lords report (2002), and the report of the Weatherall Committee (2006), all of which we address in detail, as well as reports by the Nuffield Council (2005) and the Boyd Group (e.g., Smith and Boyd, 1991). But we find that these reports insufficiently address the deeper ethical issues raised by animal experimentation. Our report is also one of the very few to focus on the ethical dimension and to do so from a variety of disciplines, including philosophy, science, history, theology, law, critical animal studies, and sociology. We especially consider arguments that arise from changing ethical views based on recent discussions of the status of animals, the moral relevance of animal sentience, and the limits that morality imposes on the treatment of sentient creatures.

Linzey, A., & Linzey, C. (2015). Normalising the unthinkable: The ethics of using animals in research. Retrieved from http://www.oxfordanimalethics.com/wpcms/wp-content/uploads/Normalising-the-Unthinkable-Report.pdf 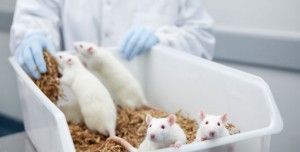