The Ethics Of Using Animals To Cure Human Diseases

Emerging alternatives to animal research are making the use of animals to address human diseases more and more unethical by the day.
FULL TEXT The full text of this article is available.
PEER REVIEWED This article has been peer reviewed.
Summary By: Owen Rogers | This is a summary of an external study | Published: November 3, 2017
Photo by Flickr user mikeeshowbiz

This Australian paper is an overview of the intellectual and legal history of animal ethics in science as well as an exploration of possible alternatives.

Despite animal testing dating back to Ancient Greece, the idea of ethical animal research only emerged in the 19th century. Legally, the first bill regarding ethics in animal testing was the United Kingdom’s Cruelty to Animals Act of 1876. Several other countries followed suit, but protections remained limited well into the 20th century. In 1959, a pair of scientists named William Russell and Rex Birch published “The Principles of Humane Experimental Technique,” which outlined what are now known as the “3Rs:” replacement, reduction, and refinement. “Replacement” refers to the replacement of animal models with non-sentient material. “Reduction” refers to minimizing the number of animals used in a study while remaining scientifically significant. Finally, “refinement” refers to implementing policies which reduce unnecessary harm or suffering to the animals involved in a study. From the latter half of the 20th century onwards, these principles have been used extensively in the mandating of animal welfare protections.

Unsurprisingly, animal welfare legislation is predominantly present in the developed world. India is the only developing country mentioned by the authors as having animal laws on the books, passing legislation in 1998 mandating local animal ethics committees. However, the authors fail to mention that Brazil has similar legislation, and would certainly fall under the “developing nation” umbrella. Importantly, Japan and China have no animal welfare laws specifically pertaining to scientific research. The EU does not require institutional review by animal ethics committees either, but several member states do enforce such requirements. Australia, Canada, Sweden, and the USA all require institutional review, as well. These review committees can be at the local, regional, or national level, and several nations have such committees at multiple levels of government.

The authors then move to recommend the components of a successful education in animal ethics education. Among these components are a summary of scientists’ ethical responsibilities, as well as practical application of Russell and Birch’s 3R principles and training to recognize the signs of suffering in animals. Much attention is given to outlining a successful proposal to an animal ethics committee, though the bulk of the program is dedicated to the actual ethical principles and welfare indicators.

Finally, the authors examine possible alternatives to animal testing. They used PubMed searches to identify those models which they believe to offer the most potential to fulfill one or more of the 3 Rs of animal ethics. The first model is an “organ on a chip,” – a micro-engineered in-vitro system that is capable of supporting living cells. Not all organs can be replicated in this manner, but the future is looking bright. The second in-vitro model is much older: human skin grown in a lab. This is obviously preferable to animal testing, as the tissues involved are of human origin and are grown in conditions that approximate human homeostasis.

Several other in-vitro models have been grown for oral, gastrointestinal, vaginal, ocular, respiratory, and gingival (gum) tissue. In-vitro models have also been attempted for human blood derivatives, but this endeavor has been unsuccessful so far. Cultured blood cells often react differently to chemicals than in-vivo blood cells, making animal testing necessary for the foreseeable future. Animal testing also accounts for interactions between organs and biological systems, which cannot be said for in-vitro studies.

The authors also look at computer simulations – dubbed “in-silico modeling.” These software models examine a molecule’s similarity to other molecules as well as human physiology to estimate its potential harmfulness. While this does help reduce animal studies, it cannot replace them entirely; it relies on data that can only be gained through animal testing in order to make its own calculations.

Finally, studies with human volunteers are examined. While these can be useful in many instances, they are still reliant on animal testing for initial safety and efficacy results. While we can use microdosing (non-therapeutic dosage) in human volunteers without endangering their lives or health, this method does not necessarily show the harmful effects of a chemical at therapeutic doses. Therefore, the authors argue that human volunteer studies – in their current form – cannot fully replace animal testing. 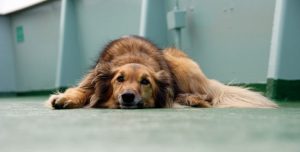 A review of experiments finds compelling evidence for the replacement of dogs and cats in infection experiments and offers alternative paths forward.