Many people believe that only humans have capacities needed for suicidal behavior, but self-destructive and self-injurious behaviors among human and non-humans may vary along a continuum.
FULL TEXT The full text of this article is available.
PEER REVIEWED This article has been peer reviewed.
EXTERNAL STUDY This is a summary of an external study.
Summary By: karol orzechowski | Published: August 20, 2018
Photo by Flickr user tomsaint

Suicide is a dark topic and a complex phenomenon. As humans, we struggle to understand it, whether it is committed by those closest to us, or those more removed from our inner circle. On the surface, it seems like a specifically human construct and idea, and even then, one that we struggle to put into words. Still, in animal advocacy circles, sometimes stories of “animal suicide” circulate, bringing deeper questions about life, death, consciousness, and sentience to the forefront.

In this paper, the author sought to explore the topic from a philosophical perspective, focusing on the key concepts of reflexive subjectivity and free will as essential to the commission of suicide. Of course, most people simply discount the possibility that animals could ever “commit suicide” because they don’t believe animals possess the capability to even think of themselves and their lives with such depth. From the outset, the author notes that these types of arguments “conflict with empirical research about the capacities of nonhuman animals and rely on problematic assumptions about the place of homo sapiens in the order of things.”

To counter this, the author outlines what they describe as “the continuist approach,” and specifically two dimensions of it: first, the author notes that there is “no real gap between the human and the nonhuman” and that, if we acknowledge that humans are part of an evolutionary continuum with animals, there is no reason to believe that suicidal behaviors are only possible for different species. The authors stresses that this doesn’t mean we have to look at all suicidal behaviors as “the same,” but rather that they can take different forms, and different causes and effects based on the species.

The second dimension the author stresses in the continuist approach is a rejection that “intent always precedes behavior and must be a component of all suicide-explanations.” Though most scientists and cognitive behaviorists are of the belief “that mental states cause behavior,” the author notes that this believe is “already losing ground in the animal sciences in light of recent work on animal cognition that explains animal behavior without recourse to mental states, including intentions.” In other words, we don’t necessarily have to determine intent to mark a behavior. In the human realm, we know that suicide can happen without us knowing why, or even if the intent was specifically well-defined.

The paper then urges something like a precautionary principle: even though stories of animal suicide are anecdotal, “they are perfectly plausible from the standpoint of contemporary science,” and even if we can’t necessarily prove that an animal commits suicide, “there is a large and growing body of evidence indicating that this possibility cannot be ruled out as a matter of principle.”

For animal advocates, the study serves as a theoretical exploration of animal suicide and presents the argument that we should at least consider the possibility that animals can, and do commit suicide. By taking this possibility seriously, we open up to the idea that animals have depth and complexity of emotion, that they are active participants in their own lives, and that when they can’t take the conditions under which they live, they may choose to end their lives themselves. As stated from the outset, it’s dark and disturbing possibility. However, from an advocacy perspective, sharing such stories could help the general public see just how desperate animals’ lives can be. 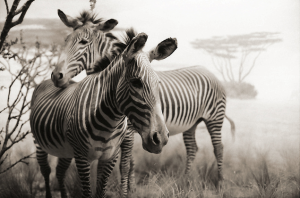 In many cases of oppression, equality means showing special treatment to oppressed groups. This paper argues that case for non-human animals.