The latest "Living Blue Planet" report shows that marine species populations around the world have declined by 50% since 1970.
FULL TEXT The full text of this article is available.
PEER REVIEWED This article has been peer reviewed.
Summary By: karol orzechowski | This is a summary of an external study | Published: November 18, 2015
Photo by Flicker user lwpkommunikacio 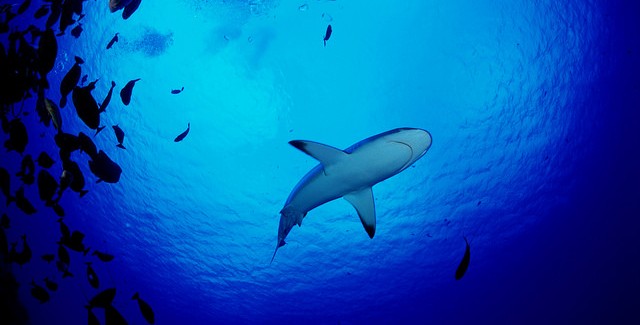 The Earth’s oceans are a vitally important ecosystem for animals that make up the majority of the planet’s surface: more than 70% is covered by oceans, lakes, and rivers, and approximately 60% of the world’s population lives within 100 kilometers of a coast. Healthy oceans are essential to the health of entire planet and the lives of many species – including humans – are inextricably linked to what happens in the water.

Of course, many of us know that human activity has had a huge impact on the oceans of the world, and most of it has been negative. Some species have been decimated, pollution has been severe in many cases, and the overall health of the oceans has suffered. Trying to get a complete sense of the state of the oceans is certainly no easy task; to this end, the World Wildlife Fund and the Zoological Society of London have released the Living Blue Planet Report, a document that focuses squarely on the health of the planet’s oceans and offers some potential solutions for turning the tide. It’s an annual update to a 2014 report by the same name.

The 2015 report contains a wide range of findings, looking at everything from species extinction, the economic importance (to humans) of various marine activities such as fishing. In many ways, the damage is stunning. First and foremost, the report finds that overall marine populations show a decline of 49% between 1970 and 2012, based on trends in 5,829 populations of 1,234 mammal, bird, reptile and fish species. 49% is a shocking number overall, but for certain sets of species, the news is even worse: About 25% of species of sharks, rays, and skates are now threatened with extinction, mostly due to overfishing. 29% of fisheries are overfished. While the ocean “generates economic benefits” worth about $2.5 trillion per year, only about 3.4% of oceans are protected, and only a fraction of that is “effectively managed.” In other words, the big picture is grim, and delving into the details does not make the picture brighter. In all cases, a central reason for the damage to the environment and fish populations is because of human activity.

That being said, the report seeks not to be a doomsday flare shot into the sky, but rather a rallying cry for advocates and the general public to try to turn things around. For recommendations, the authors focus on an approach with three prongs: governments, businesses, and industries working together. Describing the oceans as “natural marine capital,” they highlight the need to “produce resources like seafood and energy in a better way, and consume these resources more wisely.” To do this, they largely recommend two main strategies: “redirecting financial flows to support these priorities, and equitable resource governance that ensures our ocean is looked after for the benefit of all.” They describe some of the ways these strategies are being employed around the globe, but also note that “these strategies need to be rolled out on a far greater scale – urgently.”

For any advocates who are involved or interested in issues related to ocean life, the report is worth reading in full (opens PDF file). The report is clearly written from the perspective that humans will not stop using oceans and marine species of all kinds as their own resources anytime soon, and takes a stance of mitigating damage to the oceans. While this approach will frustrate many animal advocates wrong, the report is a rather sober and realistic assessment of ocean health, and the information could certainly be used in advocacy that goes beyond the recommendations. More than anything, the report shows that the ocean is not an inexhaustible resource. We need to take care of it, with a sense of urgency, if we want it to stay healthy. “Inaction is not an option.”